Padmavati's Deepika Padukone Says 'Story Needs To Be Told, Nothing Can Stop Release'

Deepika Padukone's Padmavati, which is schedule to hit the screens on December 1, has been facing stiff opposition from several Rajput communities over its release 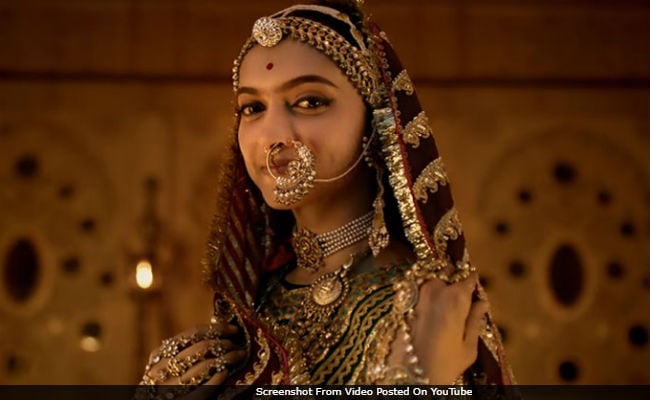 New Delhi: Deepika Padukone's Padmavati, which is schedule to hit the screens on December 1, has been facing stiff opposition from several Rajput communities over its release. The outfits claim that various historical facts in Padmavati have been distorted and wrongly depicts a romance between Rani Padmini and Alauddin Khilji, which director Sanjay Leela Bhansali has denied. However, Deepika, who plays Rani Padmini of Chittor in Padmavati believes that the film win the battle and release successfully. "As a woman, I feel proud to be a part of this film, and to tell this story, which needs to be told. And it needs to be told now," Deepika told news agency IANS.

Of the entire controversy surrounding Padmavati, the 31-year-old actress said, "It's appalling, it's absolutely appalling. What have we gotten ourselves into? And where have we reached as a nation? We have regressed. The only people we are answerable to is the censor board, and I know and I believe that nothing can stop the release of this film."

Before Deepika, Shahid said that the audience and those criticizing Padmavati should give the film a chance. "I've been saying this since a long time. Watch the film and then decide. Give the film a chance and don't form preconceived notions. We have tried to keep everyone's feelings and interests in mind. We have tried to make film as best as we could. We will respect whatever people think of the film but you should see it first," he told PTI.

Meanwhile, actor Salman Khan also lent his support to Sanjay Leela Bhansali and said, "I want to say that you have Censor Board, they will take a decision. He makes very beautiful and excellent films."

Recently, the Supreme Court turned down a plea seeking a stay on the release of Padmavati and said that the Central Board of Film Certification (CBFC) should consider the "aspects before granting a certificate," PTI reported.

Last month, a rangoli, dedicated to Padmavati, made by an artist in Surat was vandalised. "Absolutely heart-breaking to see the recent attack on artist Karan and his artwork! Disgusting and appalling to say the least," Deepika tweeted and also tagged Information & Broadcasting Minister Smriti Irani and for 'action.'

absolutely heart breaking to see the recent attack on artist Karan and his artwork!disgusting and appalling to say the least! pic.twitter.com/Ot2Aki0MiA

this has to stop NOW & action must be taken! @smritiiranipic.twitter.com/o5RGhDTHPJ

Promoted
Listen to the latest songs, only on JioSaavn.com
Film bodies have appealed to Ms Irani and Home Minister Rajnath Singh to allow "freedom of expression for filmmakers."