Kapil Sharma said: "I think everyone must have felt that it (threats) was wrong" 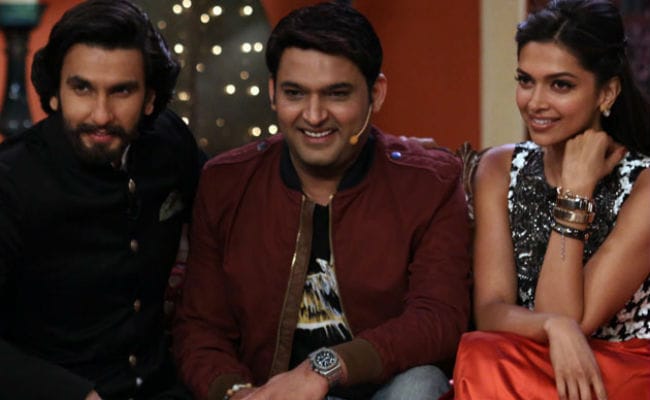 New Delhi: Actor Kapil Sharma, whose new film Firangi has acquired the release date of Deepika Padukone's Padmavati, says that threatening the 31-year-old over the period piece is "wrong." Kapil, a self-confessed fan of the Chennai Express actress told news agency PTI: "On one hand, you say that Deepika is the national pride. You talk about women empowerment. I think everyone must have felt that it (threats) was wrong." Deepika Padukone and Padmavati director Sanjay Leela Bhansali have received several death threats from various Rajput outfits over their film Padmavati. The fringe outfits believe that historical facts have been distorted, which the makers have denied time and again.

The release date of Mr Bhansali's embattled film has been deferred indefinitely after the Central Board of Film Certification refused to review on "technical grounds." The film has been cleared for release by the British Censor Board but the filmmakers (Viacom18) have made it clear that Padmavati will release in India before anywhere else. "As far as the release of the film is concerned, the CBFC is there for it and they should look at it. If they find something objectionable," Kapil Sharma was quoted as saying by PTI.

Kapil Sharma's second Bollywood project, which was supposed to hit the screens on November 24, will now release in place of Padmavati on December 1.

Promoted
Listen to the latest songs, only on JioSaavn.com
The new release date of Padmavati hasn't been announced yet. The film also stars Ranveer Singh, Shahid Kapoor and Jim Sarb.