Padman: Twinkle Khanna Laughs Off 'Imaginary' Controversy, 'Say I Sold My Mangalsutra Too,' She Tweets 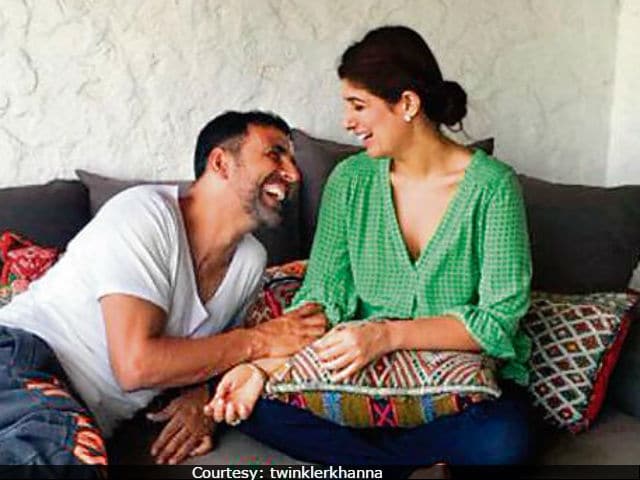 Twinkle Khanna and Akshay Kumar have been married for 16 years (Courtesy: twinklerkhanna)

New Delhi: Twinkle 'Funnybones' Khanna, who is the undisputed queen of Twitter, slammed a leading daily for their article about Akshay Kumar's film Padman facing financial troubles. Twinkle is producing Padman under Mrs Funnybones Movies. Sharing the report (which is no longer available), Twinkle Khanna wrote, "When you write fiction-do go all out-add in your imaginary 'exclusive' that I also had to sell my mangalsutra and Padman is based on Putin." Twinkle Khanna, now an author, is married to actor Akshay Kumar for 16 years. Padman is based on Arunachalam Muruganantham, a small town entrepreneur from Tamil Nadu, who invented low-cost sanitary napkins to generate awareness.

When you write fiction-do go all out-add in your imaginary'exclusive' that I also had to sell my mangalsutra and Padman is based on Putin:) https://t.co/ePe1eTdYgc

On collaborating with Akshay, Twinkle, 43, earlier told news agency PTI that she is 'happy to be a part of a great team.' "I think it's a great team. We are playing tennis doubles, and I think that's a pretty good foundation for a marriage to last."

Promoted
Listen to the latest songs, only on JioSaavn.com
Superstar Amitabh Bachchan is also a part of Padman. Mr Bachchan, who has starred in R Balki's Cheeni Kum, Paa and Shamitabh has a guest appearance in the film.

Akshay Kumar recently won his first ever National Award for his critically-acclaimed performance as a navy officer in Rustom. His Padman co-star Sonam Kapoor too got a special mention for Neerja at the 64th National Film Awards.

Arjun Kapoor: I Will Be Lying If I Say Failures Don't Affect Me