The Wife is Glenn Close's seventh nomination - and her fans are eager for her to finally win. 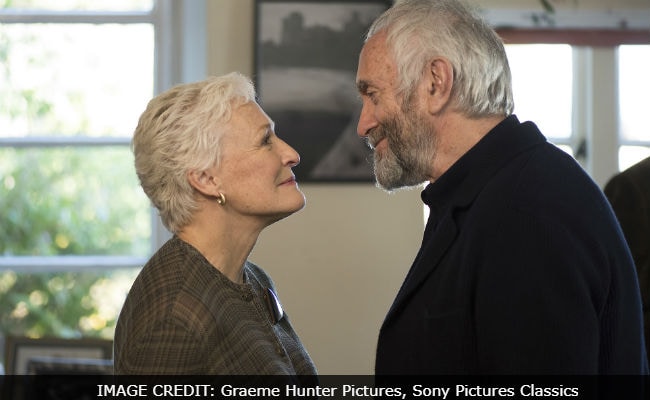 The run-up to the Oscars, like the prelude to other hyped contests, is often more exciting than the main event. Way more. And Glenn Close has won the season. Even if she doesn't win the best-actress Oscar for The Wife - which, frankly, would be ridiculous.

As nominees have taken the requisite struts around the awards circuit and talk-show upholstery, Close, 71, has shown how it's truly done - while bringing home a Golden Globe and Screen Actors Guild Award.

During her 45 years as an actor, she's collected significant industry hardware: three Tonys, three Emmys and three Globes. This year she scored her seventh Oscar nomination. But, as her acolytes know, she has yet to take a statue home.

Her performance in The Wife, wrote The Washington Post's Ann Hornaday, "offers viewers a chance to observe one of the finest - and most criminally underpraised - actresses of her generation working at the very top of her shrewd, subtle, superbly self-controlled game."

For five weeks and change, she has been brightening Oscar watchers' long winter nights. For actresses, award season is a slog in borrowed clothes and cruel shoes, but Close is reveling in it.

"She just looks thunderstruck when she wins," says The Wife novelist Meg Wolitzer. "I love seeing someone, a working actor, working like this, taking these risks. That's the kind of person you love to see rewarded, and for a role that's not flashy, but an interesting, challenging part."

See Glenn flirt and mug with Stephen Colbert. Confess to Today's coffee klatch of the Oscar nominations: "You won't believe it, I was asleep ... I was so out of it. I forgot." Watch her pose with Timothee Chalamet for social media, her Instagram account only launched in December.

Observe her tear-streaked acceptance at the Golden Globes, the highlight of the awards season, a confession, then a call to action. She shared her mother's sense of failure, then rallied the troops with her admonition to women, advice from a veteran to those who follow: "We have to find personal fulfillment. We have to follow our dreams. We have to say, 'I can do that,' and 'I should be allowed to do that.' "

Awards have been given for less.

Take note of this lesson in perseverance: Close's first Oscar nod, for 1982's The World According to Garp, came three years before Lady Gaga, her rival for best actress, was born. The more Close has been overlooked and taken for granted, while continuing to master parts great and yellow (she's the voice of Homer's mother on The Simpsons), the greater her stature has grown.

Close has long labored in the valley of the shadow of Meryl Streep. The two stars, two years apart in age, both accomplished stage actors and singers brimming with intelligence, launched their careers at nearly the same time. It cannot have been easy to be up for parts and awards, and deal with comparisons - though there are fewer now - with the greatest thespian of our time.

The academy currently excels at self-inflicted wounds: announcing, then canceling, the Miss Popularity Movie contest; the inability to land a host, after driving expectations to the point where the gig is undoable. And deciding that cinematography and editing be relegated to commercial breaks, because movies film and edit themselves. Oh, and then deciding to air them live again in the face of criticism. If this were a movie mid-production, it would be shut down immediately.

Cynics might note this could attract more viewers - tune in to the train wreck - in a year when one of the top movies is in Spanish, black and white, and was mainly meant to be watched at home, a trifecta of Oscar death wishes.

The Oscars, like the movies they honor, thrive on drama to fuel the festivities and hold our attention. This year, the competition for best actress occupies center court, incorporating two favored Oscar tropes: Overnight Acting Sensation (Gwyneth Paltrow, Eddie Redmayne, all those child nominees) and the Eternal Wait. (Paul Newman, Al Pacino).

On one side, we have Gaga, nominated for A Star Is Born, her first movie role not as Gaga, shed of makeup, free from her public persona, sporting unkempt hair and ordinary mortal togs, all of which are actress moves - look how real she looks without artifice! - often rewarded by the academy.

On the other, we have Close. Like her moment in the spotlight, The Wife took forever to make, 14 years to vault from Wolitzer's novel to screen. Why? As Close has noted, "Because it's called The Wife." If you think important male stars were clamoring to play the nontitular husband, think again. Venerable Welsh actor Jonathan Pryce ultimately obliged.

Also like her long Oscar wait, Close's character, Joan Castleman, stands by patiently as someone else, in this case her Philip Roth-like novelist spouse, claims the glory.

That is not happening this Oscar season.

Close has created a catalogue of unforgettable performances. Alex in Fatal Attraction. The Marquise de Merteuil in Dangerous Liaisons. Sarah in The Big Chill. Iris in The Natural. Sunny von Bulow in Reversal of Fortune. Jenny in Garp. Nasty Patty Hewes in FX's Damages. Norma "I am big, It's the pictures that got small" Desmond in Broadway's Sunset Boulevard (twice). Cruella de Vil, people.

Her ability to triumph despite the academy's neglect, and her roles as damaged, emotional wrecks (Fatal Attraction, Sunset Boulevard, Damages, Cruella), have created ardent fans. That she and Gaga, both gay icons, have cheered each other during the season has only enriched their appeal. So much winning does not create the same kind of adoration, the unconditional love granted the artist who is often undervalued and waits for glory.

Even if Close, the favorite, manages to be upset at the Oscars, the votes between her and Gaga split, and The Favourite's Olivia Coleman glides through, this is her moment.

Majestic in her modesty, Close told Vanity Fair, "I keep myself to zero expectations just for my own mental health."

But we have so many.

The Academy Awards air at 8 p.m. ET Sunday on ABC.