Oscars 2019: Hollywood Is Furious Over Academy's Move To Give Four Awards During Commercials

People are furious with the Oscars - again. 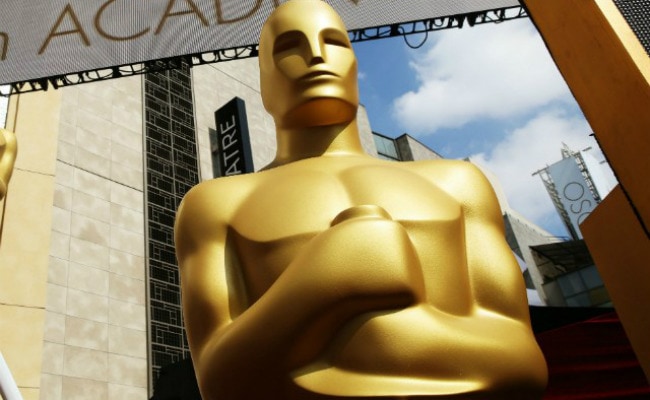 People are furious with the Oscars - again.

With less than two weeks to go before the film industry's most celebrated night, the Academy of Motion Picture Arts and Sciences is weathering fierce backlash over its decision to present four awards during commercial breaks in an attempt to trim the lengthy live show to three hours.

The unlucky categories at the center of the latest controversy? Makeup and hairstyling, live-action shorts and, to the dismay of many prominent Hollywood figures and movie buffs, cinematography and film editing.

The announcement, which came Monday in an email from Academy President John Bailey to the group's members, has been widely condemned as "a fundamentally stupid decision" (actor Russell Crowe) and "a slap in the face" (writer Christina Newland). In the email, Bailey stressed that the show is "still honoring the achievements of all 24 awards," and will air the acceptance speeches for the four categories later in the broadcast, Variety reported. He added that the full award presentations will also be available to watch in real time on a live stream, which will be "a first" for the Oscars.

"We are committed to presenting a show which we all will be proud of," Bailey wrote. The Academy did not respond to a request for comment Tuesday.

Directors, filmmakers, actors, industry professionals and many fans were not assuaged, and loudly voiced their displeasure Tuesday on social media and in interviews.

"In the history of CINEMA, masterpieces have existed without sound, without color, without a story, without actors and without music," tweeted director Alfonso Cuaron, whose film Roma is nominated for 10 awards this year, including Best Cinematography. "No one single film has ever existed without CINEMAtography and without editing."

Cuaron's feelings were echoed by other Hollywood giants, such as Academy Award winners Guillermo del Toro and Russell Crowe, as well as past Best Cinematography winners Emmanuel Lubezki and Wally Pfister.

"Cinematography & Editing are at the very heart of our craft," tweeted del Toro, who won Best Picture and Best Director for "The Shape of Water" last year. "They are not inherited from a theatrical or literary tradition: they are cinema itself."

Reposting, revised: I would not presume to suggest what categories should occur during commercials on Oscars night, but, please: Cinematography & Editing are at the very heart of our craft. They are not inherited from a theatrical or literary tradition: they are cinema itself.

The Academy is removing cinematography, editing and make up from the televised show?
This is just such a fundamentally stupid decision, I'm not even going to be bothered trying to be a smart arse about it.
It's just too fucking dumb for words.

"This is just such a fundamentally stupid decision, I'm not even going to be bothered trying to be a smart arse about it," Crowe, who received the 2001 award for Best Actor, wrote on Twitter. "It's just too . . . dumb for words."

On Instagram, Lubezki, who won the cinematography Oscar three years in a row for "The Revenant," "Birdman" and "Gravity," described cinematography and editing as "the primordial components of cinema," IndieWire reported. The Academy's decision, Lubezki wrote, was an "unfortunate" one.

Pfister, whose work on "Inception" earned him an Oscar in 2011, also called out the Academy on Instagram.

"We're NOT okay with your DISRESPECTFUL decision," read text written on a picture of an upside down Oscars statue. The cinematographer's caption was equally blunt: "Not giving up on this fight."

Not giving up on this fight

Bailey's announcement also did not sit well with the American Society of Cinematographers. In a letter to members on Tuesday, the group's president, Kees van Oostrum, decried the move as "most unfortunate," adding that "we cannot quietly condone this decision without protest."

The plan to truncate the Oscars broadcast - an attempt to combat declining ratings - by presenting some awards during commercial breaks has been public knowledge since it was approved by the Academy's board of governors in August 2018, the Associated Press reported. But it was not specified at the time which categories would be chosen.

In Monday's email, Bailey wrote that six executive committees of the Academy's 17 branches "generously opted-in" to have their awards be "presented in this slightly edited timeframe." Out of those six, four were selected, he wrote.

Bailey is part of the Academy's board of governors and is a representative for the cinematographers branch, according to the Hollywood Reporter. The Los Angeles Times reported that Bailey's wife, Carol Littleton, a film editor, also sits on the board.

The email went on to note that the four categories chosen this year will not be permanently affected.

"In future years, four to six different categories may be selected for rotation, in collaboration with the show producers," Bailey wrote. Cinematography, film editing, makeup and hairstyling, and live-action shorts will return to being part of the live show in 2020, the email said.

Still, many pointed out that it didn't make sense for an award show celebrating film to leave some of the industry's most fundamental crafts out of its live broadcast because of time constraints.

What better way to celebrate achievements in film than to not publicly honor the people's who's job it is to literally film things.

The product Hollywood peddles wouldn't exist without cinematography, editing and hair & make-up. This is absurdly stupid and disrespectful. https://t.co/aRAB58rr2c

I made a movie without cinematography and editing, come check it out: pic.twitter.com/rOzJIU5uNA

In an interview with the Times, filmmaker Judd Apatow suggested the Academy "just do a great four-hour show."

"I understand the demands of time, but I think people would rather have a great show than a rushed show with less awards and less entertainment" Apatow said. "People watch three hours of 'The Bachelor.' They will certainly watch four of the Oscars. Just tell people it is a binge."