Oscars 2017: Stars Shimmer On Red Carpet As Diamonds And Gold Have Their Day 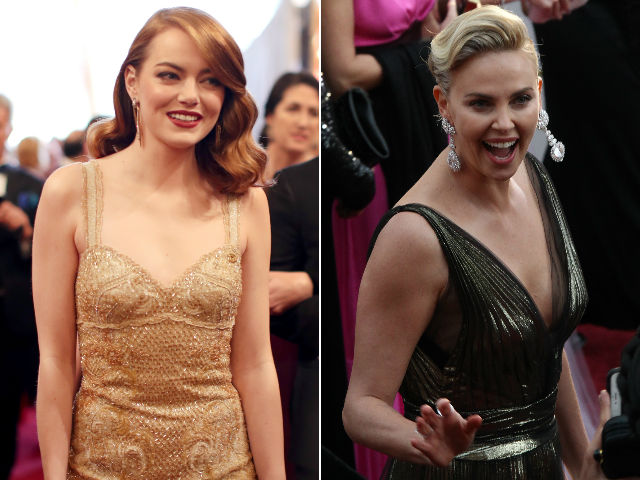 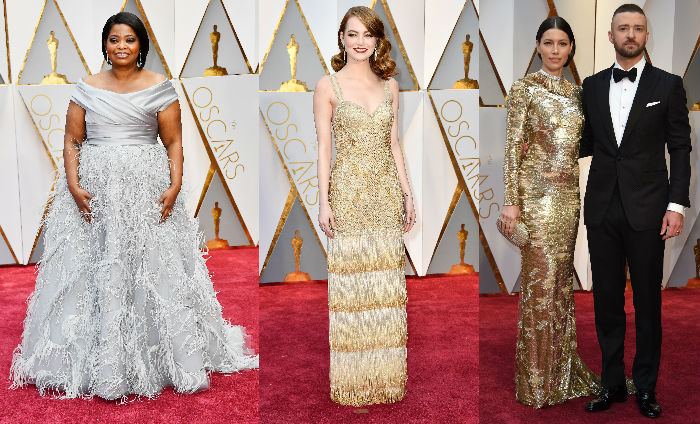 Fashion experts agreed the elegance quotient was high, with nods to "old Hollywood glamour" updated for today. "This is a fantastic year for fashion on the red carpet," said InStyle's fashion news director Eric Wilson. "It's unusual to see this many great gowns, each with something unusual that makes it feel like a new look." 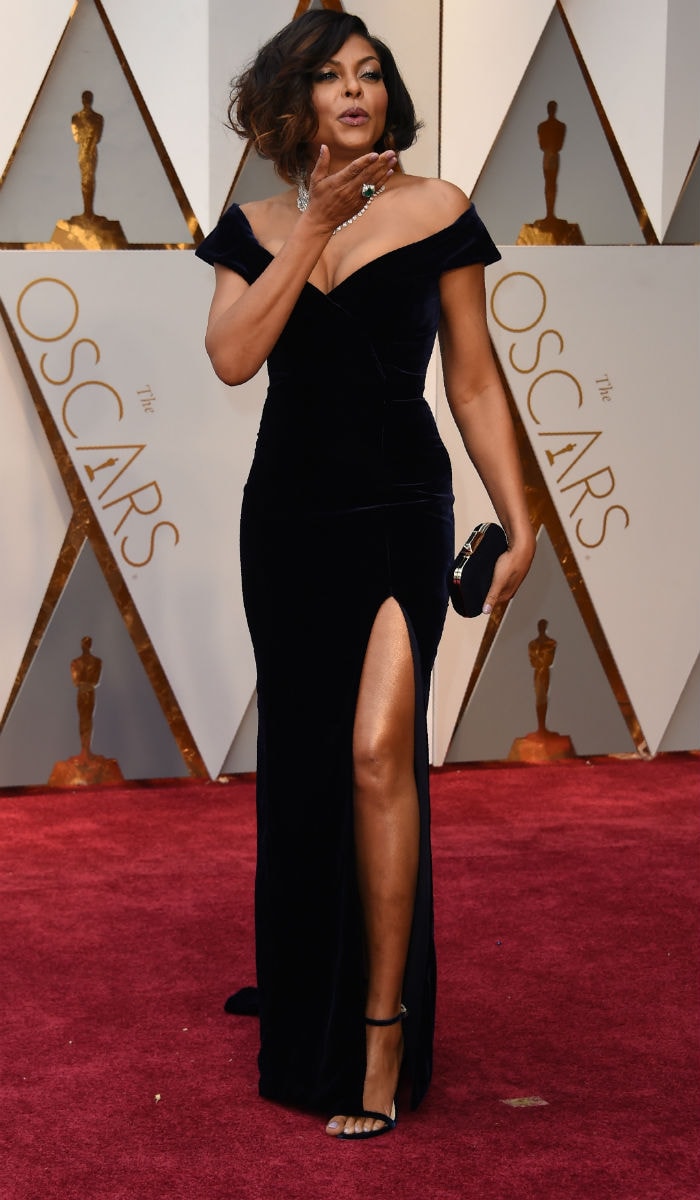 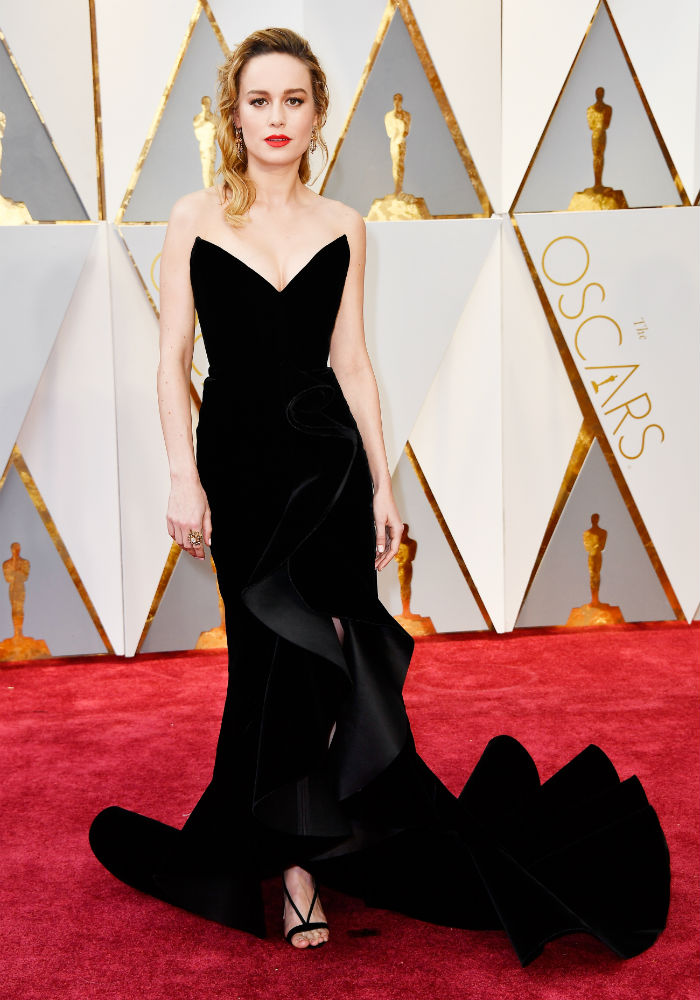 The velvet is big. That will be a trend continuing in 2017 as we've seen on runways," said Glamour fashion news director Florence Kane.

Promoted
Listen to the latest songs, only on JioSaavn.com
Isabelle Huppert, nominated for Best Actress for Elle showed her typically refined style in a long-sleeved silver Armani Prive gown, while Ruth Negga, also nominated in the same category for Loving, chose a lacy Valentino in the fashion house's signature vibrant red. 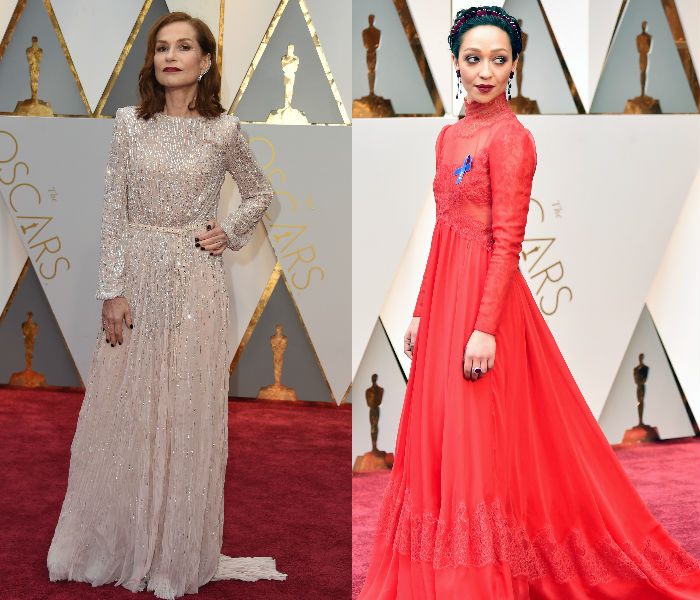 Supporting Actress winner Viola Davis poured herself into an off-the-shoulder red Armani, as Charlize Theron went for a metallic look in Dior. 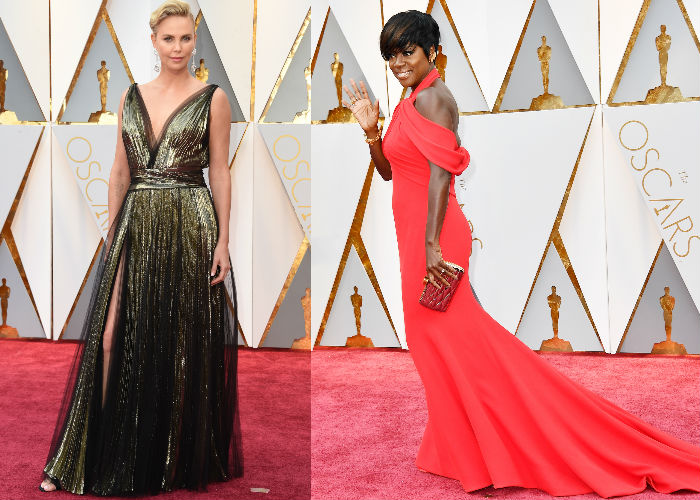 Ruth Negga and other attendees like model Karlie Kloss added a blue ribbon to their gowns and tuxedos to show support for the American Civil Liberties Union, an organization that worked to get President Donald Trump's travel ban blocked in courts. 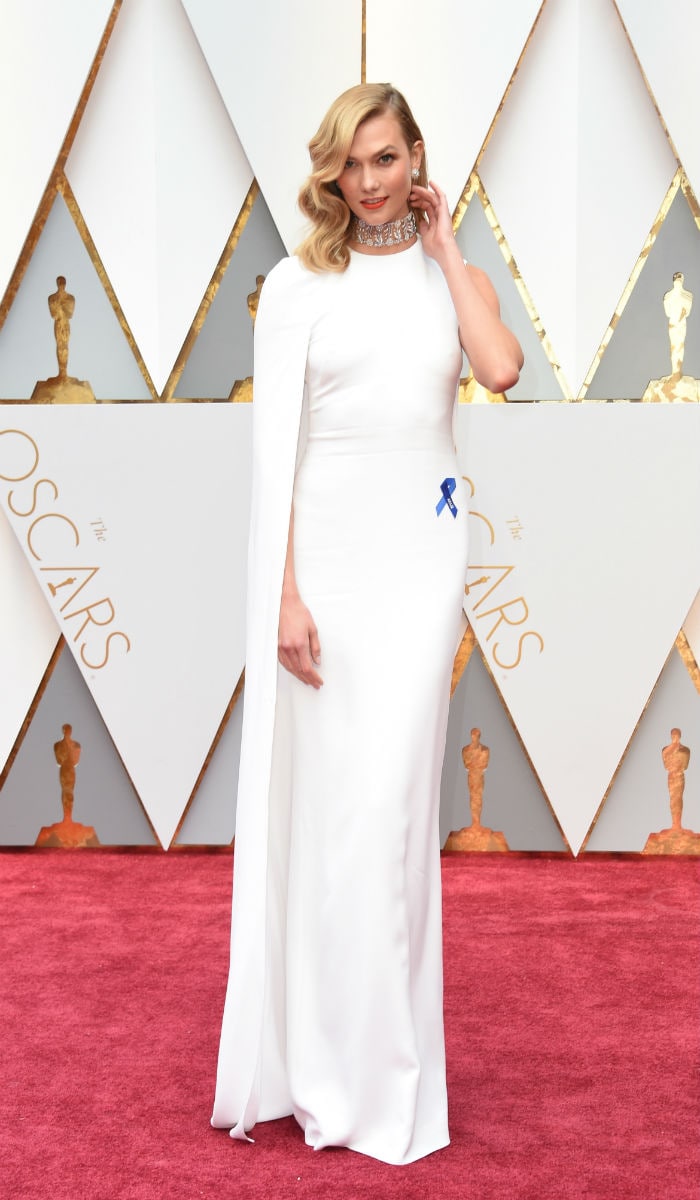 Also sporting a blue ribbon was Lin Manuel Miranda, best known for Broadway's Hamilton. He had his mother on his arm as his date and noted proudly that he bought his tuxedo in Yonkers, New York, at the same shop where he bought his high school prom tux years ago. "Chanel Pharrell!" proclaimed singer-songwriter Pharrell Williams, decked out in a fitted Chanel tux accessorized with a dramatic black bead necklace that fell down over the lapel. 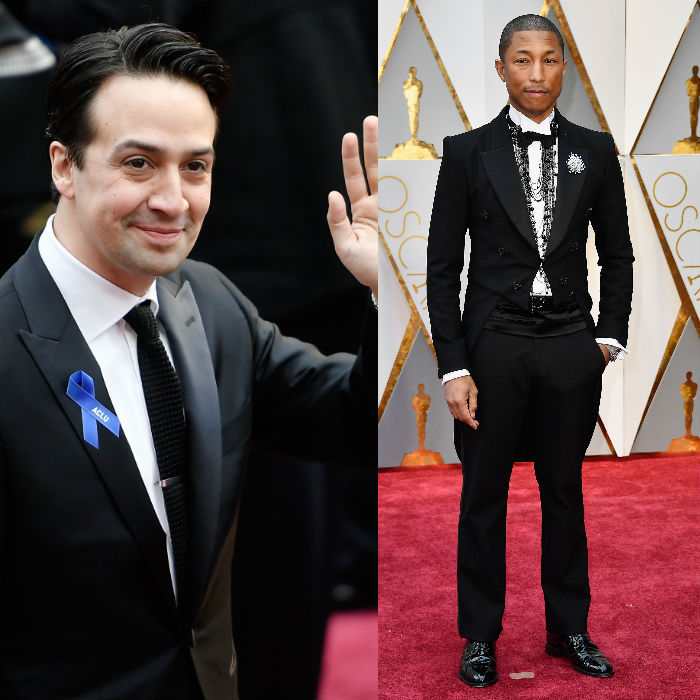 Two stuffed pandas, meanwhile were the arm candy of Jackie Chan, stand-ins for the real pandas the action star adopted at a breeding facility in Chengdu, China. 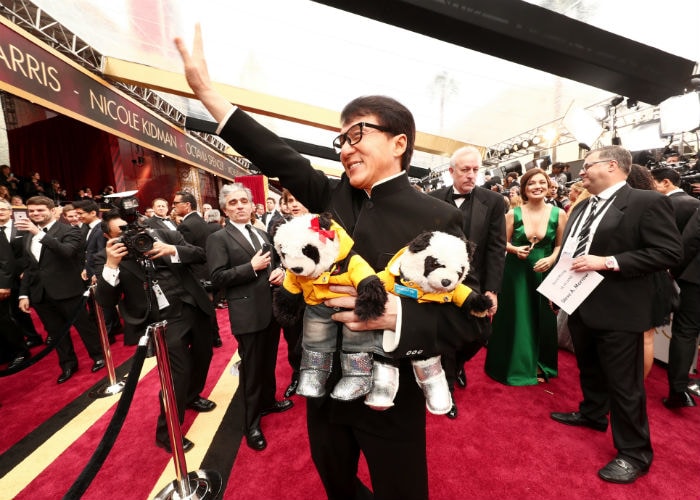 "I am the panda ambassador! They go wherever I go, they take photos with famous people, Stallone, Clinton...," he said.