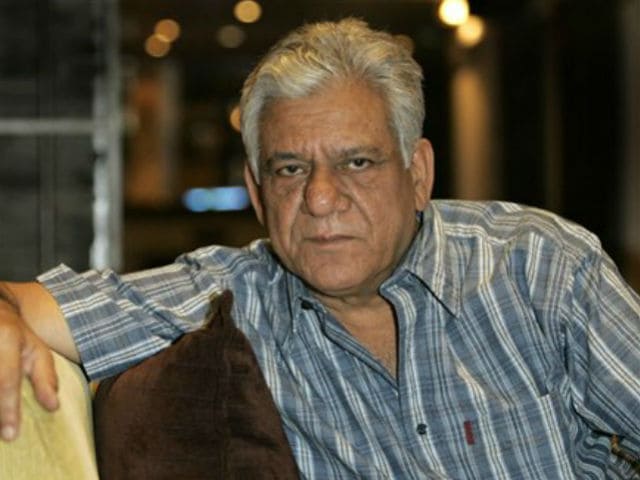 New Delhi: Actor Om Puri, who featured in Hollywood films such as East Is East, Gandhi and City Of Joy , was honoured at the 89th Academy Awards ceremony in the 'In Memoriam' montage. Om Puri died in Mumbai on January 6 this year after a heart attack. He was 66. Singer Sara Bareilles performed this year's Oscars' 'In memoriam' tribute which remembered those the film industry lost this last year - Carrie Fisher, Prince, Gene Wilder, Michael Cimino, Patty Duke, Garry Marshall, Anton Yelchin, Mary Tyler Moore, Curtis Hanson and John Hurt. Jennifer Aniston, who introduced the segment, also paid an emotional tribute to American actor-director Bill Paxton, who died a night before the ceremony and was not included in the montage. The 48-year-old actress teared up as she remembered the actor, calling him a 'friend' and 'cherished member of the Hollywood family.'

Om Puri was one of India's most versatile and feted actors. He appeared in over 250 films in a career spanning four decades. Om Puri had made his debut in the 1976 Marathi film Ghashiram Kotwal.

Om Puri had a made a mark internationally over the years, first with a notable cameo in 1982 movie Gandhi. He also starred in the British film East Is East, which won the Alexander Korda Award for Best British Film at the BAFTA Awards, and its sequel West Is West.

Promoted
Listen to the latest songs, only on JioSaavn.com
Om Puri's other Hollywood films were - City of Joy (1992), Wolf (1994), The Ghost and the Darkness (1996) and Charlie Wilson's War (2007), which starred Tom Hanks and Julia Roberts in lead roles.

Om Puri won the National Award for Best Actor for the films Aakrosh (1980) and Ardh Satya (1982). He received the Padma Shri, the fourth highest civilian award in India, for his services to the film industry. In 2004, he received an honorary Order of British Empire for contributions to British cinema.