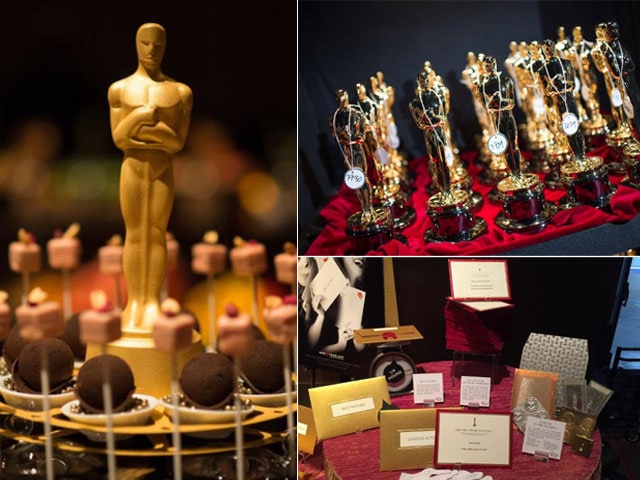 Hollywood's biggest night is almost here and as Oscar fever grips everyone, here is some trivia about the Academy Awards which will make you the hit of an Oscar or otherwise-themed party that you might attend. (Also Read: Maps of This Year's Best Picture Nominees)

1.The tradition of sealed envelopes was introduced after the LA Times broke the Academy's embargo in 1940 and published the names of all the Oscar winners ahead of the ceremony.

2. A 45-second limit has been imposed on speeches by producers of the show since 2010. Anyone straying past that mark is drowned out by the orchestra. If that doesn't help, there are reminders on the teleprompter and if someone still won't stop thanking God and everyone else, the microphone cuts out.

3. Bob Hope has hosted the most Oscar shows - a whopping 19 times. Billy Crystal, who has hosted the ceremonies nine times, ranks second while Johnny Carson comes in third with five hosting gigs.

5. The winner of the most Oscars in a lifetime is Walt Disney with 32 awards from 59 nominations.

6. A photographer named Robert Opel made Oscar history in 1974 when he streaked across stage flashing the peace sign. English actor David Niven, who was on stage that time, restored calm with a display of the famous British stiff upper lip by quipping, "Isn't it fascinating to think that probably the only laugh that man will ever get in his life is by stripping off and showing his shortcomings?"

7. Since 1950, the Academy has introduced a contractual agreement with the winners promising not to sell their statuette without first offering it back to the Academy for a dollar. Pre-1950 recepients are not bound by this though. In 1992, former war veteran Harold Russell sold the Best Supporting Actor Oscar he won for The Best Years of Our Lives for $60,500 to pay his wife's medical bills.

8. Three people have refused an Oscar so far. In 1935, Dudley Nichols, who won Best Screenplay for The Informer, boycotted the ceremony because of ongoing conflicts between the Academy and the Writers Guild. George C Scott, who won Best Actor for his portrayal of World War II General George S Patton in 1970, shocked everyone when he refused the Academy Award stating that the ceremony was a "a two-hour meat parade" and also because because he reportedly detested the character of the man he had played.

Marlon Brando also refused his Best Actor Oscar for The Godfather (1972) in protest against discrimination towards Native Americans. Sacheen Littlefeather, a Native American activist, appeared on the actor's behalf to make a 'refusal speech.'

Promoted
Listen to the latest songs, only on JioSaavn.com
9. The Oscars have been postponed three times. In 1938, the ceremony was deferred by a week because of floods in Los Angeles. The ceremony was pushed back two days in 1968 because of Martin Luther King Jr's funeral and pushed back a single day in 1981 because of the assassination attempt on President Ronald Reagan.

10. The Only Oscar to Win an Oscar is Oscar Hammerstein II who won the award for Best Original Song for The Last Time I Saw Paris from the movie Lady Be Good (1941).