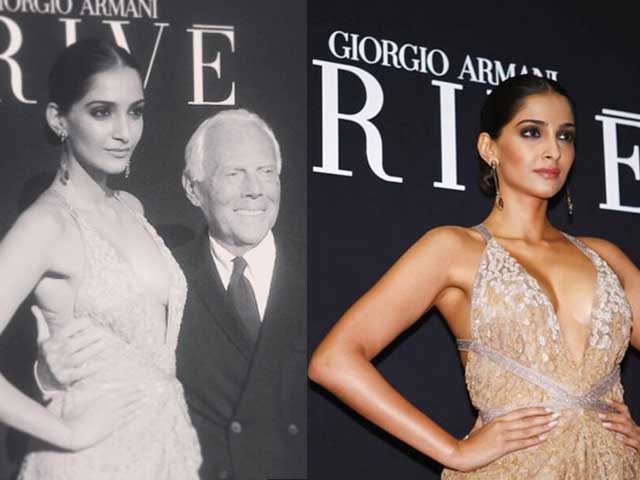 Sonam with Giorgio Armani in Paris

Actress Sonam Kapoor, best-dressed celebrity on the front line of Indian fashion, was a front row guest at the Paris show of Armani Prive's Spring 2015 collection, invited by Giorgio Armani himself.

Promoted
Listen to the latest songs, only on JioSaavn.com
Sonam, who is in Paris with her sister Rhea, wore this silky-gauzy champagne creation - Armani, of course. 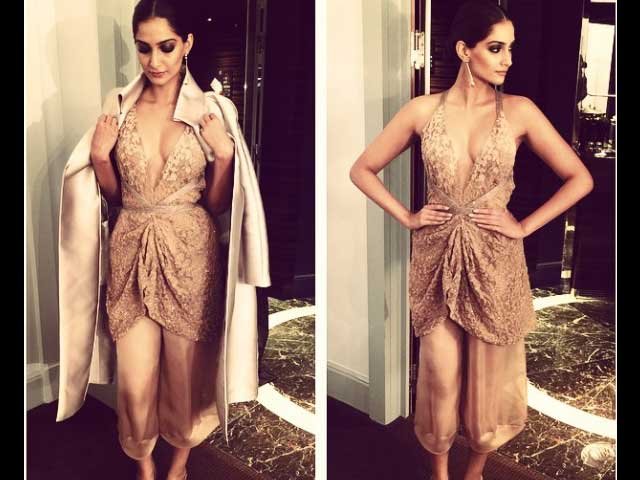 Sonam, who received a note welcoming her to Paris from the 80-year-old designer, also posed for a picture with him at the show. Mr Armani is celebrating 40 years of being one of the fashion world's top couturiers. 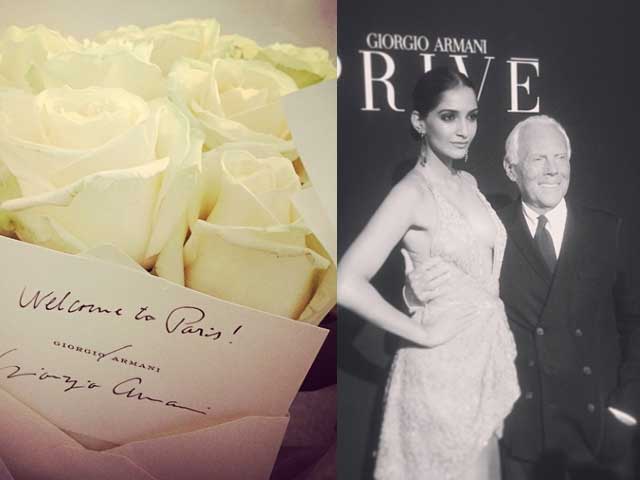 Sonam wore an Armani ensemble to launch a Cannes-themed make-up collection by L'Oreal in 2013. Armani is also a favourite designer of Aishwarya Rai Bachchan who has scored some of her greatest style hits in Cannes wearing Armani Prive. Just last year, she wore an ethereal blush gown at the amfAR gala. 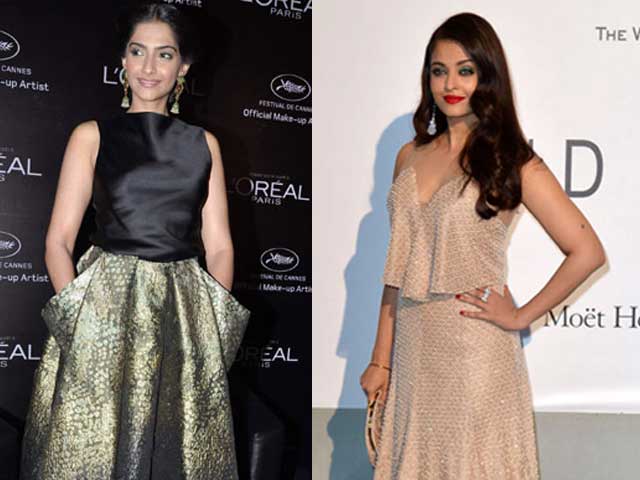 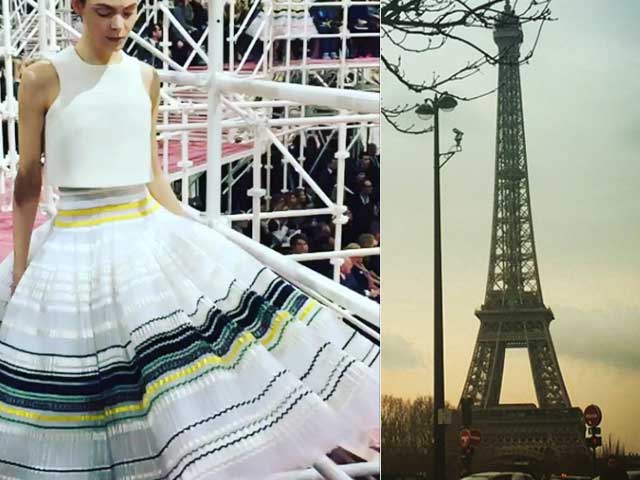 These images were posted on Instagram by Rhea Kapoor