Once Upon A Time, Karan Johar Didn't Pout In Pics. See Proof

"...When I flashed a smile with no mid-life crisis pout," Karan Johar's caption read 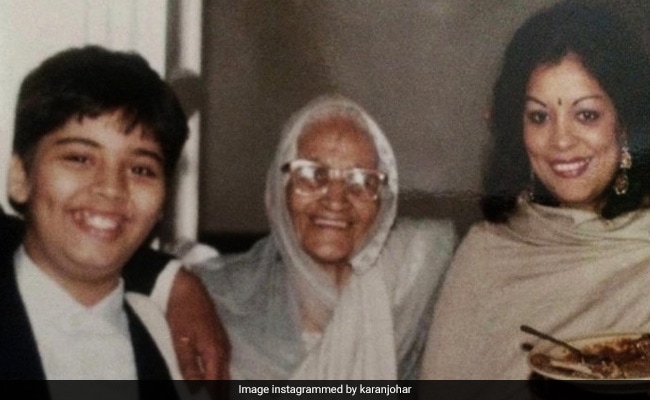 Karan Johar with his mom and grandmom. (Image courtesy: @karanjohar)

Karan Johar, who keeps sharing his pout pictures on social media, has treated his Instafam to a rare memory from his childhood. We say rare because Karan is smiling in the picture. No pout. Surprising right? The filmmaker posted a throwback photo on his Instagram story in which he can be seen flashing his innocent smile. Little KJo, who appears to be in his teens, is wearing a white shirt and blue blazer in the picture. We couldn't ignore his cute dimples. He is posing with his mom Hiroo Johar and grandmom.

The Kuch Kuch Hota Hai director wrote a caption along with the picture. Recalling the memory with mom Hiroo and "dadi", he wrote, "My adorable dadi, who we all addressed as Mataji and my gorgeous mom!" 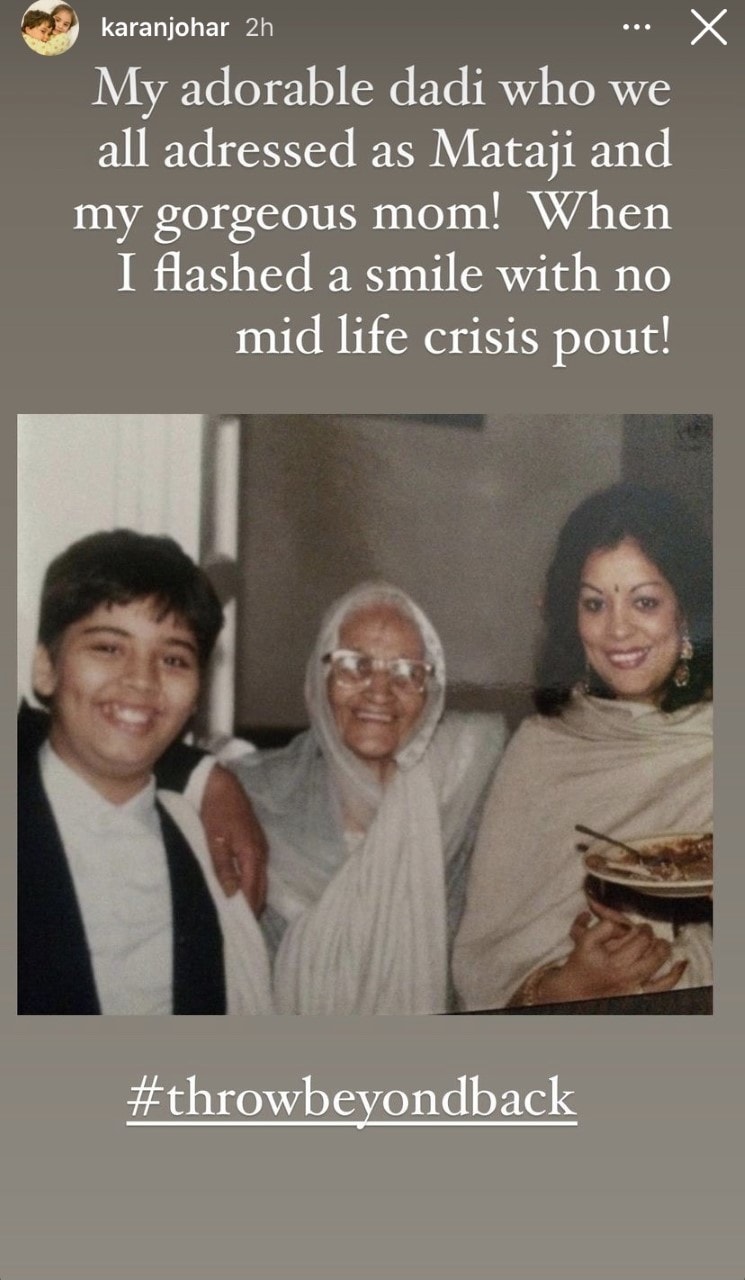 In case you haven't seen Karan's pout pictures, see a few of them here:

Cut to 2016. We also found Karan Johar's mom Hiroo Johar making a pout. In 2016, the filmmaker posted a picture with his mom on social media in which he can be seen making a pout. Hiroo also tried it. "My mother's version of a pout," he tweeted back then. Cute, isn't it?

My mothers version of a POUT!!!!! pic.twitter.com/bEQBly57Q1

Karan Johar is late filmmaker Yash Johar and producer Hiroo Johar's son. Karan's twins Yash and Roohi were born through surrogacy in 2017. While son Yash is named after Karan's father, daughter Roohi is named after his mother Hiroo after rearranging letters.

Karan Johar worked as an assistant director in Aditya Chopra's Dilwale Dulhania Le Jayenge in 1995. He made his directorial debut with Kuch Kuch Hota Hai in 1998, which featured Shah Rukh Khan, Kajol and Rani Mukerji.

Apart from being a director, Karan Johar is also a producer and an actor. The filmmaker is the owner of Dharma Productions, a production company which was founded by his father Yash Johar. Karan Johar is now producing upcoming films such as Sooryavanshi, Brahmastra and Liger.