Once Again, Double Role for Kangana Ranaut In Katti Batti 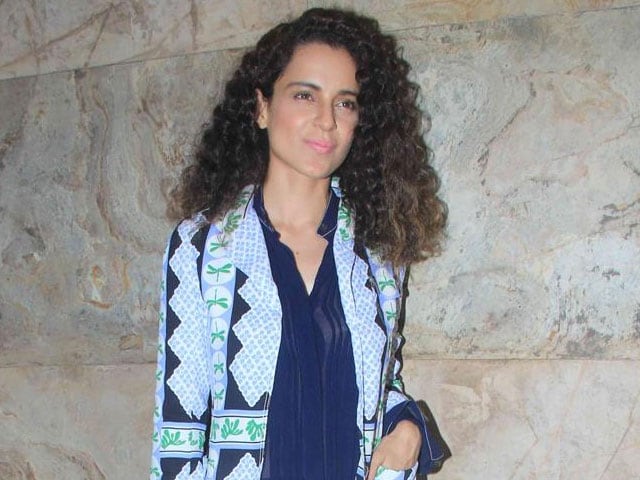 Kangana Ranaut at a promotional event in Mumbai.

Mumbai: She has won accolades for her double role in Tanu Weds Manu Returns, which has turned out to be a box office bonanza. Now, actress Kangana Ranaut will enter the same territory with her upcoming film Katti Batti, according to sources.

Kangana will be seen in a double role as Payal and Bijlee in the Nikhil Advani directed movie, which also stars Imran Khan.

However, the filmmakers are tight lipped about the project.

"Everything on Katti Batti is kept under wraps. No one is revealing the details of the film apart from that it is a love story," a spokesperson revealed.

Katti Batti is scheduled to release in September this year.

Meanwhile, the Revolver Rani is still basking in the triumph that came her way after Tanu Weds Manu Returns, in which she has played both the parts of a married woman and a Haryanvi athlete. She had earlier mentioned that the role in Aanand L Rai's project turned out to be a challenge for her.

Produced by Eros International and Colour Yellow Productions, the sequel to the 2011entertainer Tanu Weds Manu focuses on the rediscovery of love between a married couple.