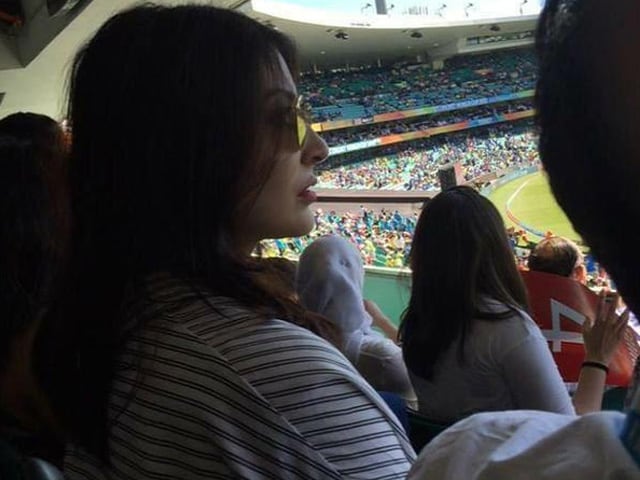 Mumbai: With Virat Kohli getting out after making just 1 run against Australia in the World Cup semi-finals, Twitter community erupted with jokes and jibes against his girlfriend Anushka Sharma.

The NH10 actress was among the spectators to cheer for Virat and the Indian team and looked disappointed when Kohli returned to pavilion early. (Also Read: At India Vs Australia, Anushka Sharma's Cheerleading Squad for Virat and Men in Blue )

Anushka, 26, became the butt of all jokes and some nasty tweets soon after Virat got out.

I knew Anushka landing up in Sydney was a bad idea! #AUSvIND#CWC15

So Anushka Sharma travelled all the way from India for nothing.

But there were some sane voices too who countered the trolls for blaming the actress for Virat's performance.

Cricket fans trolling #Anushka for #Kohli's poor show are calling her a "panauti". Such medieval idiots living in the 21st century!

Those who r blaming anushka are d ones who talk of women respct,women empoweremnt...go get a life morons.Women can nvr be unlucky.