On Tahira Kashyap's Birthday, Ayushmann Khurrana Shared This Pic While She Was Still Sleeping 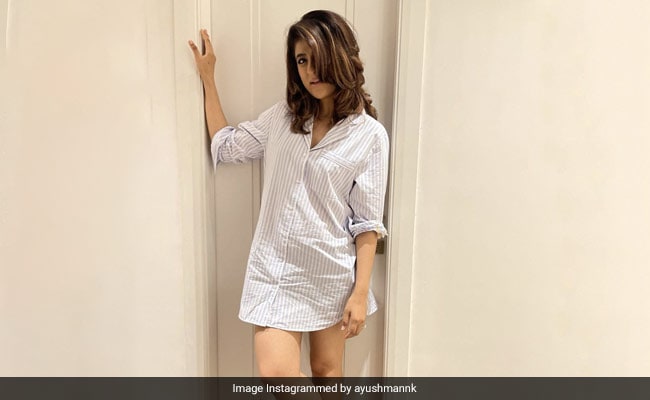 Ayushmann Khurrana, as always, set the standard for husband goals rather high with his birthday post for wife Tahira Kashyap. On her birthday, Ayushmann put together a few photos, one of which he said, he shared without her approval as she was still sleeping and he didn't want to wake her up. Going back in time, Ayushmann recalled the first time she attended Tahira's birthday party two decades ago: "This day in 2001 was the first time I'd attended your birthday. It was a Sunday and my dad had allowed me to take his car for your party. And out of all your school friends you'd chosen to sit in my car. It was quite overwhelming for me as I was from an all-boys' school."

Ayushmann and Tahira, both from Chandigarh, are childhood sweethearts, who got married in 2008. The couple are now parents to son Virajveer and daughter Virushka. "Thank you for choosing me. I owe everything to you. Your compassion. Your empathy. Your character. Your sense of humour. Your sense of scripts. You. Happy birthday to the best human I know," Ayushmann poured his heart out while wishing Tahira.

In a post-script, Ayushmann added: "P.S - the first one was your latest pic on my phone album. Freshly clicked. Sorry didn't take your approval before uploading it, since you are sleeping. Thought it looked great."

Tahira Kashyap is a filmmaker and often trends for her inspirational posts about having battled cancer. Ayushmann Khurrana was last seen in Gulabo Sitabo, which released on Amazon Prime. He is currently busy filming Abhishek Kapoor's yet-untitled movie, which also stars Vaani Kapoor.