Boney Kapoor recently made a film withAjith Kumar, which he said was 'Sridevi's dream.' 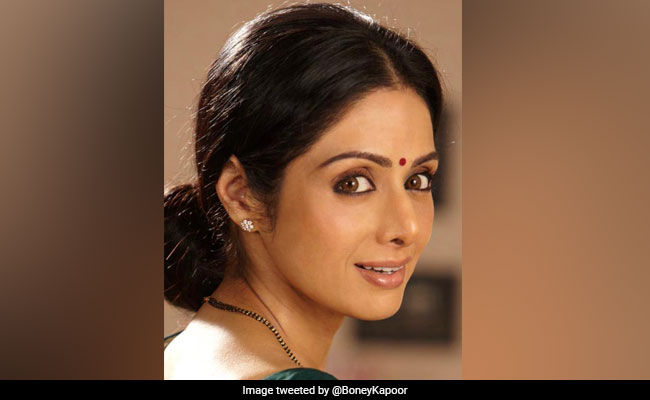 On Sridevi's birth anniversary today, the Kapoors poured their hearts out on social media posting nostalgic and heart-wrenching pictures and messages for the late actress. Sridevi, who died in February 2018, would have been 56 today. Her filmmaker husband Boney Kapoor tweeted a sentimental note for his wife and said, 'missing you every minute of my life.' Boney Kapoor tweeted, "Happy Birthday, Jaan. Missing you every minute of my life... keep on guiding us. You will remain with us till eternity." Earlier in the day, Sridevi's daughter Janhvi, brother-in-law Anil Kapoor (with whom she co-starred in several films) and sister-in-law Sunita Kapoor shared emotional messages in the memory of Sridevi.

Happy Birthday Jaan, missing you every minute of my life , keep on guiding us , you will remain with us till eternity. #Sridevipic.twitter.com/pGPhgbmcBN

Boney Kapoor recently produced Nerkonda Paarvai, the Tamil remake of PINK, with Ajith in the lead role, which the filmmaker said was Sridevi's dream. He had said that after working with Ajith in English Vinglish, Sridevi wanted Boney Kapoor to cast the south actor in one of his films. "Ajith suggested remaking PINK in Tamil. She immediately agreed as she thought it was most appropriate and timely film to make," Boney Kapoor told IANS. Ahead of the film's release, Boney Kapoor also tweeted, "I am truly blessed... 9 am IST today premiere show of Nerkonda Paarvai will start in Singapore. I have managed to fulfil my wife Sridevi Kapoor's dream..."

I am truly blessed 9am IST today Premiere Show of @nerkondapaarvai will start in Singapore. I have managed to fullfil my wife Sridevi Kapoor's dream

It couldn't have been possible without the support of #AjithKumar#HVinoth, entire cast & technicians. I shall always cherish this

Meanwhile, here are the aforementioned posts shared by the Kapoors on social media on Sridevi's birth anniversary.

Happy birthday Mumma, I love you

Today is a bittersweet day as we celebrate you on what would have been your 56th Birthday...We feel the sadness of your loss deeply, but remembering your smile and the joy you brought to all our lives unites us in your memory...We miss you everyday #Sridevi! pic.twitter.com/O8XwPUQGy4

Sridevi, often described as Bollywood's 'first female superstar,' acted in 300 films in a career spanning over 5 decades. Her last film was MOM, which was also produced by Boney Kapoor.