"You are and will always be someone I love and admire for your personal ethics as much as your professional one," wrote Ekta Kapoor for Sakshi Tanwar 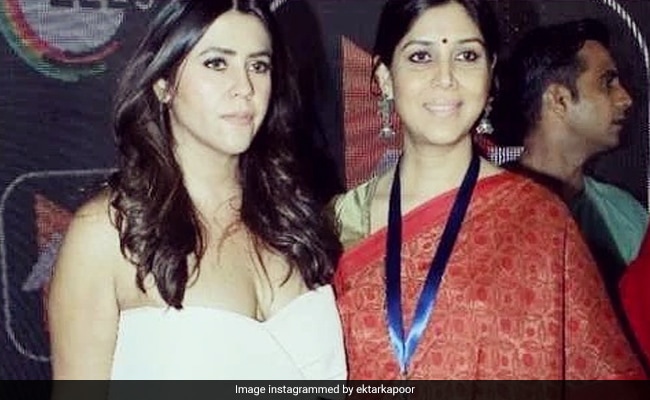 Happy birthday, Sakshi Tanwar! The actress turned 48 on Tuesday and guess who posted a million-dollar wish for her on social media? None other than producer Ekta Kapoor. Sakshi and Ekta have worked together on the popular TV series Kahaani Ghar Ghar Kii, which made the actress a household name. Sharing a "landmark picture of their friendship," Ekta Kapoor wrote how much she "admires" Sakshi Tanwar. Her caption read: "Happie birthday soxieee! This pic taken on August 16, 2019 is landmark picture of our friendship! You are and will always be (like Smriti Irani) someone I love and admire for your personal ethics as much as your professional one."

Kahaani Ghar Ghar Kii started in October 2000 and concluded after eight years. Sakshi Tanwar rose to fame after playing the role of Parvati in the show, produced by Ekta Kapoor. Sakshi Tanwar featured alongside Kiran Karmarkar, who played her husband Om, Kavita Kaushik, Suchita Trivedi, Shweta Keswani and others. Sakshi won several awards for the show.

Sakshi Tanwar was last seen in M.O.M. - Mission Over Mars, a series by Ekta Kapoor's ALTBalaji. She co-starred with Mona Singh, Nidhi Singh and Palomi Ghosh.