On R Balki's Bucket List, a Film With Shah Rukh and Salman 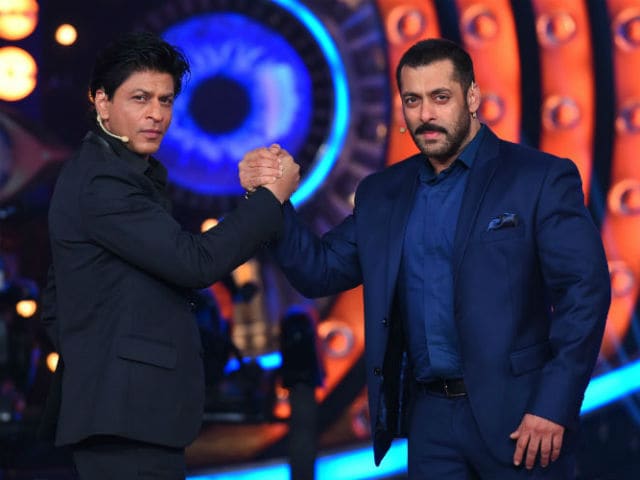 Shah Rukh and Salman Khan photographed on the sets of Bigg Boss 9.

Mumbai: Filmmaker R Balki, who has worked with actor Amitabh Bachchan in his films, said that he would love to work with Shah Rukh and Salman Khan provided he gets the correct idea for them.

"I want to work with all of them, but the idea should be there. I'd love to work with Shah Rukh Khan and Salman Khan. But the thing is that you have to get the correct idea for them," Balki told IANS in an exclusive interview.

"Who does not want to work with the Khans? But there's no point in me working with them unless I really get an idea, then I chase them and ask them if they want to do it," he added.

Balki's wife Gauri Shinde, after her debut film English Vinglish, is currently busy working on her next film which stars Shah Rukh and Alia Bhatt.

Balki said that his wife wants him to become "at least 10 percent" of the characters he presents in his films, like Kabir from his new film Ki And Ka.

"Gauri always says, 'I wish that you could at least become 10 percent of the characters that you write. Why can't you be like Kabir? Or like others?' I always tell her that if I would become my characters, then why would I write them. I'll always write what I am not. I never write what's there in life, but what I want to become in life," said Balki.

"Like we think, this is how a man or a woman should be, every writer has qualities of both male and female. So whatever he/she wishes, they write that, not what they really are, but what they want to be," said Balki.