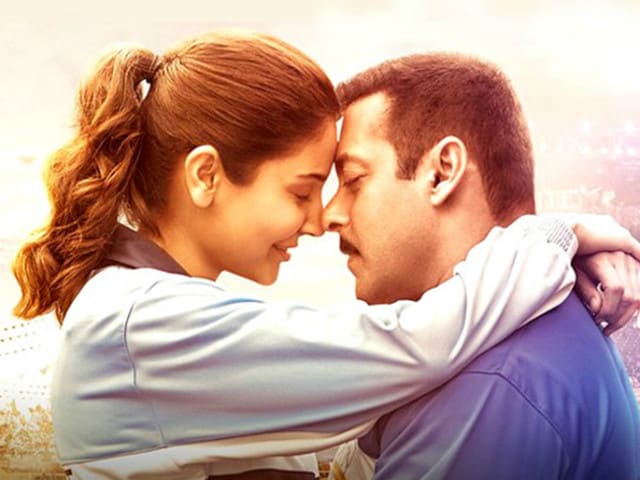 New Delhi: It's Propose Day - the day you are meant to declare yourself to a beloved, as the name suggests - and what better way to celebrate love than a look at some emotionally-loaded scenes from Bollywood. From 1975's Sholay to 2016's Sultan, Bollywood has always been generous with its dose of love - ae dil hai mushkil, after all. Remember the mela scene from Kabhi Khushi Kabhie Gham... and the climactic stage scene in Dil Toh Pagal Hai? Or when Shah Rukh Khan made us cry in 2003 film Kal Ho Naa Ho? On Propose Day, we have curated the best filmy proposals for you. Yes, you're very, very welcome.

Cine-goers loved the unusual jodi of Ranbir Kapoor and Konkona Sen in the 2009 Ayan Mukerji-directed Wake Up Sid. What was even loved better is how Konkona's character Aisha expressed her love for Sid (played by Ranbir) through her writing. The final scene beautifully captured the essence of monsoon-drenched Bombay as Aisha and Sid kissed in the rain.

Kareena Kapoor and ex-boyfriend Shahid Kapoor played the roles of an impulsive Punjabi girl Geet and entrepreneur Aditya Kashyap in Jab We Met. Geet and Aditya continued to be partners in crime throughout the movie but failed to acknowledge their love for each other. In the end, all it took was a wedding proposal from someone else for Geet to run back and kiss a perplexed-yet-happy Aditya.

Imran Khan's adorable antics at the airport scene in Jaane Tu Ya Jaane Na continues to melt our hearts. Genelia D'Souza and Imran played inseparable childhood friends - Aditi and Jai. When Aditi decided to leave Mumbai, Jai arrived at the airport on horseback to bare his heart.

Sonam Kapoor's proposal to Abhay Deol in Aisha was somewhat different...umm...hilarious. Sonam, who played the titular role, crashes the wrong wedding and makes a lengthy announcement addressing Abhay's character Arjun, who is not even there. Later, Arjun shows up outside Aisha's balcony, Romeo And Juliet-style.
Kal Ho Naa Ho:

In Kal Ho Naa Ho, Shah Rukh Khan made us weep by pretending to read out to Preity Zinta from Saif Ali Khan's diary. SRK, who played the role of cancer patient Aman, was actually flipping blank pages and pouring his heart out.
Dil Chahta Hai:

Aamir Khan likes to keep it simple. In 2001's Dil Chahta Hai, he barged into Preity Zinta's sangeet (she was marrying someone else) and said: "Hi, mujhse shaadi karogi?" Aamir, who starred as Aakash, then went down on his knees and Shalini (the character played by Preity) was left speechless. We're sure she was secretly high-fiving.
Dil Toh Pagal Hai:

Madhuri Dixit would perhaps never have been able to convey her feelings for Shah Rukh Khan in Dil Toh Pagal Hai had it not been for Akshay Kumar, who played her fiance. Madhuri's character Pooja and Shah Rukh's Rahul were in the midst of a play when they confessed their love for each other on stage. Forget the play, the audience loved a happy ending to Pooja-Rahul's love story.
Kabhi Khushi Kabhie Gham...:

Promoted
Listen to the latest songs, only on JioSaavn.com
Shah Rukh Khan and Kajol reprised their DDLJ romance against the setting of a mela in 2001's Kabhi Khushi Kabhie Gham... . SRK, who played billionaire son Rahul Raichand, falls in love with middle-class girl Anjali and proposes to her while slipping a set of glass bangles onto her wrist.
Sholay:

All said and done, no one does it better than Dharmendra in Sholay. Having sent his buddy Jai with a rishta on his behalf to Basanti's mausi - big mistake - an inebriated Veeru climbs onto a water tank and announces his intention of committing suicide. Only one thing can save him - Basanti and mausi must agree to his wedding proposal.

Wait, Is That Nick Jonas On Ranveer Singh's Nutella Jar?