On Padmini Kolhapure's Birthday, Anil Kapoor Credits His Career To Her

Anil Kapoor said: "It's because she agreed to do Woh Saat Din that I am where I am today" 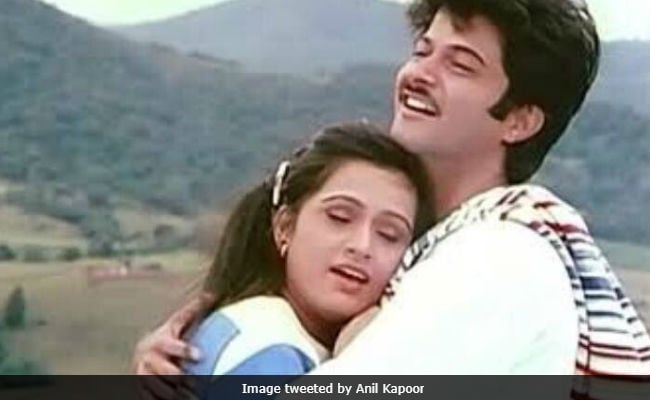 New Delhi: Actor Anil Kapoor sent out a birthday tweet, wishing his first co-star Padmini Kolhapure, on Wednesday. The actor also attributed the success of his career to Ms Kolhapure saying, "It's because she agreed to do Woh Saat Din that I am where I am today." Anil Kpaoor struggled for years before he landed the lead role in Sattiraju Lakshmi Narayana's (aka Bapu) Woh Saat Din. Padmini Kolhapure, who featured as a child artiste in several films, was a well-known name in the industry when Anil Kapoor started off. A year before Woh Saat Din hit the screens, Padmini Kolhapure featured in criticially and commercially acclaimed Prem Rog with Rishi Kapoor.

Happy B'Day to my first leading lady #PadminiKolhapure!! It's because she agreed to do #WohSaathDin that I am where I am today! pic.twitter.com/gIhb1qCd5r

Padmini Kolhapure is the elder sister of Shivangi Kolhapure, mother of actors Shraddha and Siddhanth Kapoor. She has also starred in films like Vidhaata, Swarg Se Sundar and Anubhav. She was last seen in 2013's Phata Poster Nikla Hero. starring Shahid Kapoor and Ileana D'cruz in lead roles.

Wishing the immensely talented & insanely beautiful #AishwaryaRaiBachchan a very happy b'day! Happy to be working with you again!#FanneyKhan

Aishwarya Rai and Anil Kapoor have co-starred in 1999's Humara Dil Aapke Paas Hai and Taal, which released in 2000.