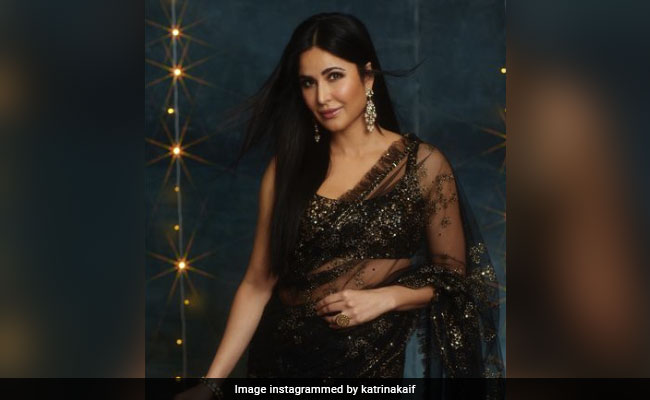 Katrina Kaif and Vicky Kaushal have had a super busy week - while Vicky Kaushal has been pictured at almost all Diwali parties, Katrina Kaif has managed to promote her film Phone Bhoot and attend Diwali parties simultaneously. Speaking of Diwali, the actress shared a set of stunning pictures of herself, dressed in her festive best (read sheer black saree) on her Instagram profile. The actress captioned the post: "Diwali nights." Katrina's post got a whole lot of love from her Instafam. Katrina's husband Vicky Kaushal dropped a comment on her post that read: "Stunner," with multiple heart emojis.

This is what Katrina Kaif posted:

Last week, the actress shared a set of pictures from a Diwali party she attended and she wrote: "Diwali shuru."

Katrina Kaif is currently busy with the promotional duties of Phone Bhoot, co-starring Ishaan Khatter and Siddhant Chaturvedi. She will also star on Tiger 3 with Salman Khan. She will also feature in Sriram Raghavan's Merry Christmas, co-starring Vijay Sethupathi.

Malaika Arora, Janhvi Kapoor And Other Stars Spent Monday Working Out. You?