From holidays to family gatherings, the two are simply the best 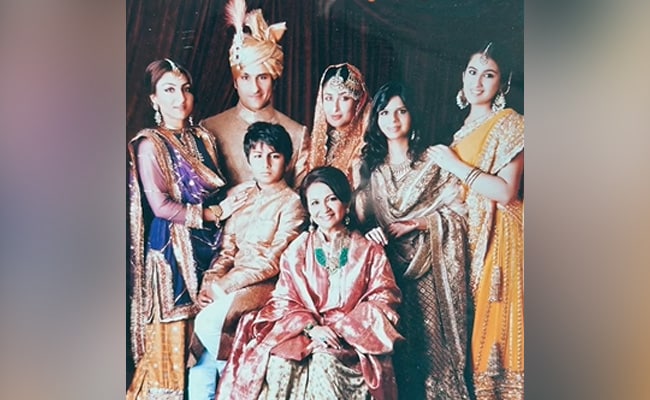 It is Kareena Kapoor and Saif Ali Khan's wedding anniversary today. The couple has completed 10 years of marriage. Not many would disagree that Kareena and Saif are one of the power couples in Bollywood. They never fail to give major goals. From holidays to family gatherings, the two are simply the best. To celebrate the special day, Saif Ali Khan's sister, actress Soha Ali Khan has shared a major throwback moment from Kareena and Saif's wedding album. The frame features the newlyweds, Soha, Saba Ali Khan, and their mother, veteran actress Sharmila Tagore. We can also spot Sara Ali Khan and Ibrahim Ali Khan in the frame. 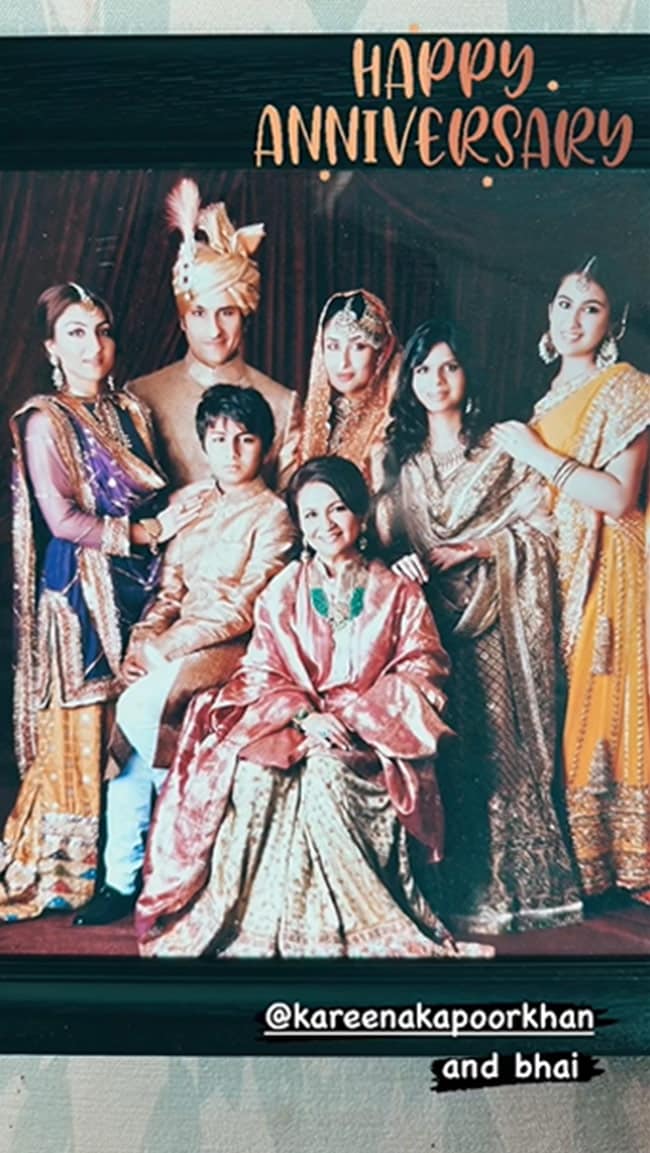 Saba Ali Khan has also come up with a special anniversary post for Kareena Kapoor and Saif Ali Khan. She too has pulled out a priceless frame featuring the couple and wrote, “Wishing you both a lifetime of love, cherished memories and more.” 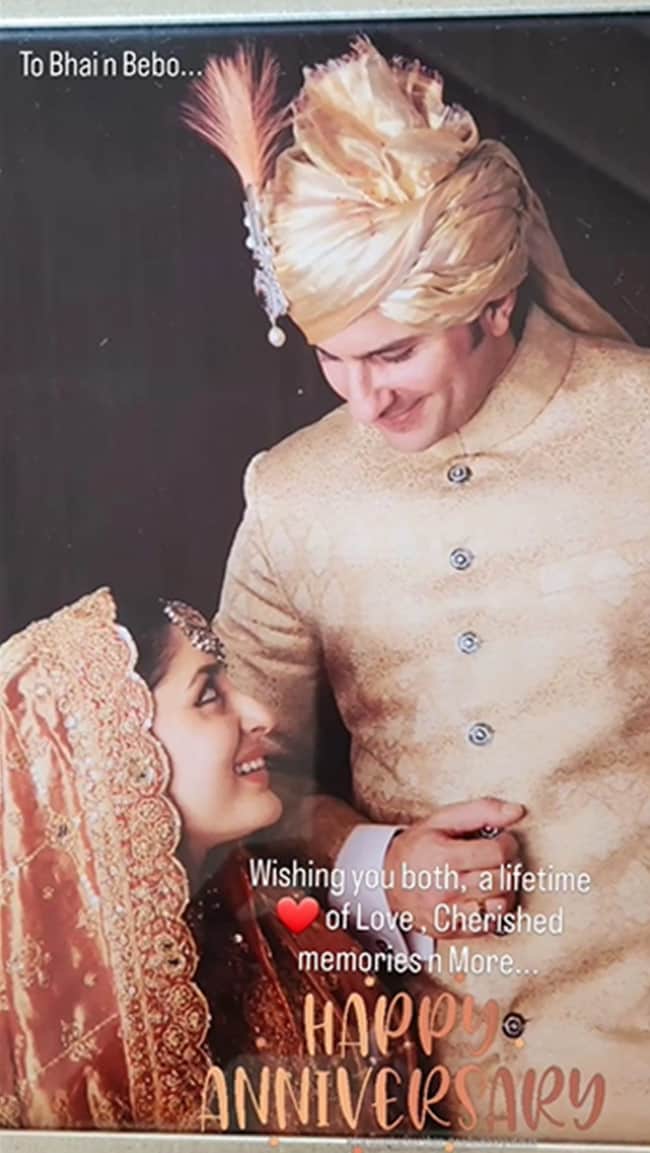 Kareena Kapoor fell in love with Saif Ali Khan on the sets of Tashan. The actress, in her previous interviews, said that Saif proposed to her during Tashan's Greece schedule.  She said, “I'd met him before but while we were filming Tashan, something changed. I wore my heart on my sleeve! He was so charming; I fell for him hook, line and sinker," said Kareena.

Kareena Kapoor and Saif Ali Khan have two children,  Taimur and Jeh. Now, look at this candid moment featuring Kareena and “the men of my life”.  It was clicked during Ranbir Kapoor and Alia Bhatt's wedding. Along with the candid picture, Kareena wrote, “This is what trying to get a family picture looks like… Saifu please smile for the picture…Tim take your finger out of your nose ya…

Jeh baba look here… Me: Arrey koi photo lo yaar…Click…And, this is what I got best guys. #TheMen of my life #MyWorld.”

Kareena Kapoor will be next seen in The Devotion Of Suspect X. The Sujoy Ghosh project also stars Vijay Varma and Jaideep Alhawat.

Meanwhile, Saif Ali Khan was last seen in Vikram Vedha alongside Hrithik Roshan. Saif has Adipurush alongside Prabhas and Kriti Sanon in the kitty.

On Hrithik Roshan's Birthday, A Sweet Wish From Cousin Pashmina