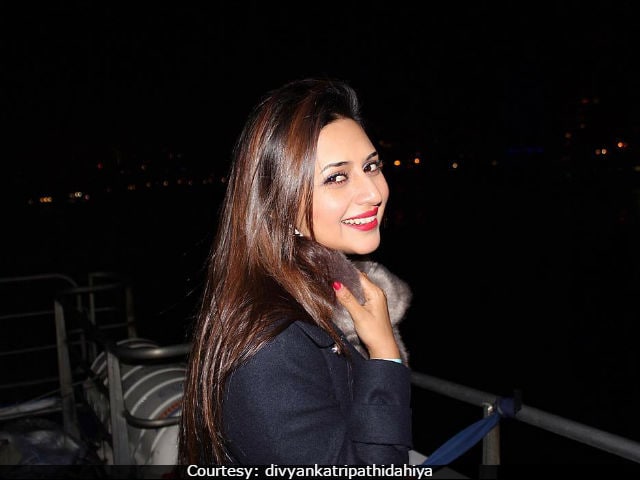 Divyanka Tripathi has been working for more than 10 years (Courtesy: divyankatripathidahiya )

New Delhi: On International Women's Day, Divyanka Tripathi Dahiya, the star of television's top-rated serial Ye Hai Mohabbatein spoke about being independent and women empowerment. In an interview to DNA, the 32-year-old actress said, "Women should not restrict themselves to be nurturers. We can cook and take care of the family, but every woman should believe she is capable of surviving independently." In July last year, Divyanka married her co-star Vivek Dahiya. Soon after marriage, the couple resumed work due to their professional commitments. On marriage Divyanka told DNA, "Women should not stop working or learning new things after marriage. She should make it clear to her husband that she will pursue her career. A man and woman are equal in a partnership. She has all the right to pursue her dream, profession and explore new opportunities. In fact, even the in-laws need to treat their bahu as their daughter and support her."

Divyanka and Vivek are television's busiest stars while Divyanka plays Ishita, a doctor in Ye Hai Mohabbatein, Vivek features in two serials, Kavach... Kaali Shaktiyon Se and Ye Hai Mohabbatein. Plot of both the serials are based on women.

Divyanka urged the society to change their perspective towards women and told DNA that she is "proud" to be a girl. On prevalence of pay disparity in the TV industry, she told DNA, "TV is a woman's medium, and if there is a disparity, it is because of ignorance. I know what I deserve, what I am capable of, so I demand it."

Promoted
Listen to the latest songs, only on JioSaavn.com
The actress feels that women should be allowed to wear what they want. On recent slut-shaming reports, she told DNA, "Do we say men should not wear shorts or bermudas?"

In her career spanning for more than a decade, Divyanka Tripathi has so far mostly done women-oriented TV shows. She entered the industry as a lead star in Banoo Main Teri Dulhann after winning the local Bhopal edition of talent hunt India's Best Cinestars Ki Khoj in 2004. She has also appeared on the shows Intezaar, Mrs & Mr Sharma Allahabadwale and Adaalat. Divyanka and Vivek will now be seen in the couple dance reality show Nach Baliye.