On Dharmendra's Birthday, Bobby, Esha And Ahana Deol's Wishes Came In The Form Of Throwback Pics

"I've learned how to love and you do that best without a lesson or advice," Ahana Deol wrote in her birthday wish for Dharmendra 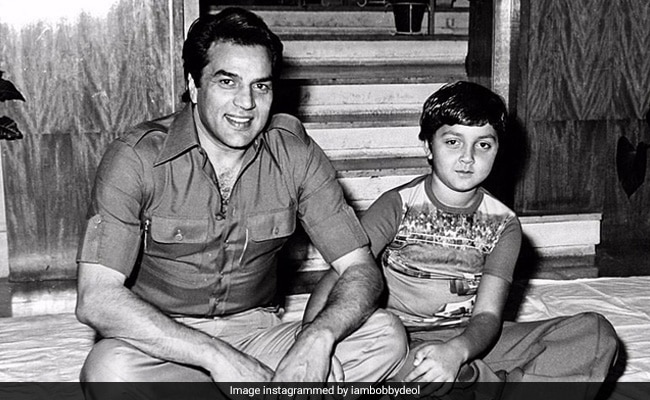 As Bollywood actor Dharmendra celebrates his 84th birthday, his friends, fans and family members posted on the social media, expressing their love and shared some of the cutest messages for him but one birthday wish that stole our hearts was posted by Dharmendra's son Bobby Deol. On Sunday morning, Bobby Deol shared a greyscale throwback picture on his Instagram profile. Bobby did not reveal when or where the picture was taken, but it happens to be from Bobby's childhood days. In the picture, the father-son duo can be seen happily posing for the camera. Bobby Deol accompanied his post with a caption that read, "Man with the golden heart. A very happy birthday, Papa."