Tiger Shroff's Birthday: "There really isn't anyone like you," wrote Ananya Panday 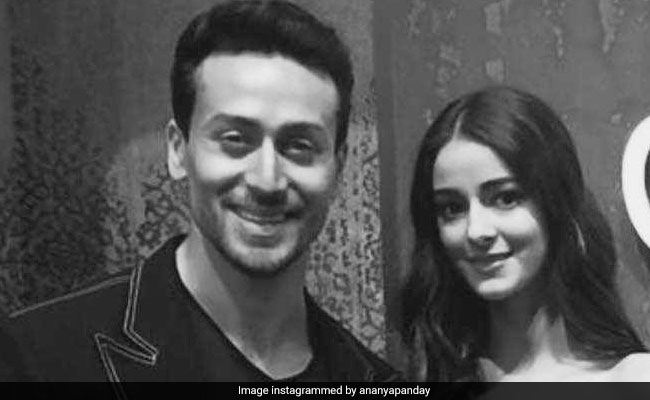 As Tiger Shroff blows 29 candles on his birthday cake, the actor's close friends, colleagues and fans have posted heartfelt wishes on social media. Ananya Panday, who will make her Bollywood debut alongside Tiger, shared an adorable grey scale picture of herself along with her Student Of The Year 2 co-star on her Instagram profile. She added a dash of her humour to Tiger's birthday wish and wrote: "Happiest birthday Tiger! There really isn't anyone like you. So keep roaring and soaring. Hope you're having an epic cheat meal." Tiger Shroff hasn't responded to Ananya's post yet but we would love to see his response.

Happiest birthday Tiger!!!! There really isn't anyone like you So keep roaring and soaring Hope you're having an EPIC cheat meal

Anil Kapoor shared a picture of Tiger on his Twitter profile and wrote: "Happy Birthday, Tiger Shroff. Looking forward to seeing you win hearts again in Student Of The Year 2. Sending lots of love to you and the family."

Happy Birthday, @iTIGERSHROFF! Looking forward to seeing you win hearts again in #StudentOfTheYear2! Sending lots of love to you and the family! pic.twitter.com/wnkmhA7Bu5

Another lovely wish for Tiger Shroff came from his Student Of The Year 2 director Punit Malhotra. Punit shared a picture of himself along with Tiger on his Instagram profile. In his post, the filmmaker referred to Tiger as the "best student" and wrote: "Here's wishing the man who is ready 365 days a year and the best student a very Happy Birthday.Have the best year Sir."

Here's wishing the man who's ready 365 days a year and the best student a very HAPPY BIRTHDAY! Have the best year sir@tigerjackieshroff

Happy birthday @iTIGERSHROFF have a wonderful day. Much love.

On the work front, Tiger Shroff is currently busy with the shooting of his forthcoming film Baaghi 3, co-starring Shraddha Kapoor. He also has Siddharth Anand's untitled film, along with Hrithik Roshan and Vaani Kapoor, in the pipeline.

Tiger Shroff made his Bollywood debut with the 2014 film Heropanti, co-starring Kriti Sanon. Tiger has featured in films like Baaghi, Baaghi 2, A Flying Jatt and Munna Michael.