On Alanna Panday's Post With Boyfriend Ivor, Her Mom Wrote This

"Stunning beauty in the hands of bliss," wrote Alanna's mom 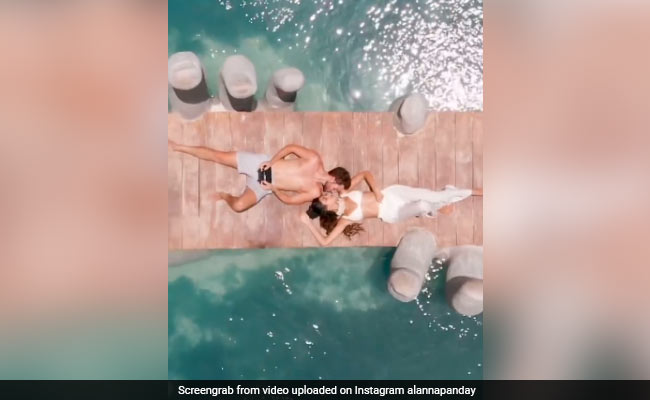 Model Alanna Panday added another dreamy video to her Instagram diaries on Wednesday. This happens to be from a beach setting, in which she can be seen kissing her boyfriend Ivor McCray. Alanna looks stunning in a cream bikini in the video. Alanna's mom and fitness expert Deanne Panday dropped a comment on the post. "Wow so it is a drone. Stunning beauty in the hands of bliss," she wrote. She accompanied her remark with multiple heart and fire emojis. Take a look at the post shared by Alanna Panday here:

Alanna Panday, who lives in Los Angeles, moved in with Ivor McCray last year. In a YouTube video, Alanna revealed her mother's reaction when she moved in with Ivor and said, "They were so happy. I remember telling my mom first that we are getting a house and she was absolutely ecstatic." Alanna featured in headlines after she revealed she's regularly slut-shamed and body shamed on Instagram. "I wish I had spoken about it sooner, but waking up and reading things like this just became normal to me - it's an everyday part of my life," she said.

Here are some posts of Alanna with boyfriend Ivor. Take a look: