On 20 Years Of Mohabbatein, Kim Sharma Writes Of "Accidental Career"

"Can't say I did much but you guys make it feel like a lot. How lucky for me," wrote Kim Sharma 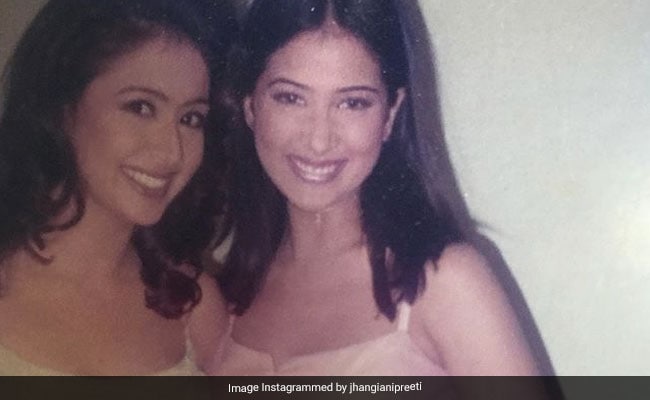 "20 years of Mohabatein... wow," wrote actress Kim Sharma in a nostalgia dipped Instagram post. The 40-year-old actress made her acting debut with Mohabbatein, which opened in theatres 20 years ago today. Directed by Aditya Chopra, the ensemble cast of Mohabbatein was headlined by Amitabh Bachchan. In Mohabbatein, four separate love stories were portrayed by Shah Rukh Khan and Aishwarya Rai Bachchan; Jimmy Sheirgill and Preeti Jhangiani; , Uday Chopra and Shamita Shetty; Jugal Hansraj and Kim Sharma. Mohabbatein turned out to be the highest earning Bollywood film of 2000 and perhaps the most successful of Kim Sharma's acting projects.

Sharing a montage of behind-the-scene moments from the sets of Mohabbatein, Kim Sharma wrote: "Shocked how time has flown, overwhelmed that you guys remember, grateful for the opportunity, the accidental career, the prestige, the learning, but mostly for the love. Thank you for being so kind and encouraging with me always. Can't say I did much but you guys make it feel like a lot. How lucky for me."

#20yearsofmohabbatein wow! Shocked how time has flown, overwhelmed that you guys remember, grateful for the opportunity,the accidental career,the prestige,the learning,but mostly for the love. Thank you being so kind and encouraging with me always ♥️ can't say I did much but you guys make it feel like A LOT. How lucky for me. All the fans of this film all over the world you are really amazing x needless to say @yrf and Adi thank you ♥️

Amitabh Bachchan, who was cast as a strict principal of an all-boys college, wrote about "Parampara, Pratishtha, Anushasan" on 20 years of Mohabbatein.

T 3702 - Parampara, Pratishtha, Anushasan .. Mohabbatein is special for many reasons .. 20 years of this beautiful love story, a roller coaster of emotions. Eternally grateful for all the love you continue to shower. #Mohabbatein20 | #AdityaChopra | @yrfpic.twitter.com/6O23l216qL