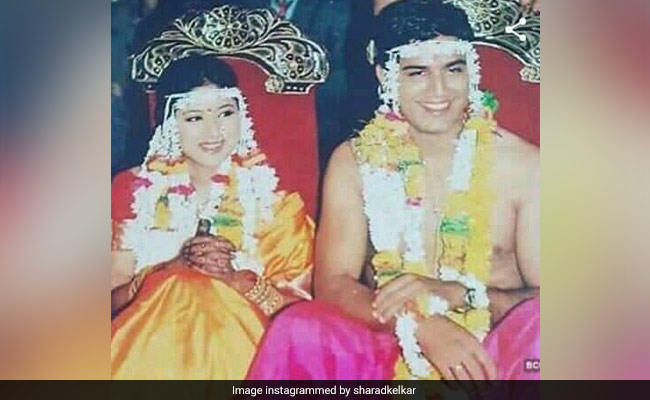 Actor Sharad Kelkar dug out a priceless picture from his photo archives on his special day. The occasion, you ask? Well, Sharad and his wife Keerti, also an actor, are celebrating 16 years of togetherness. On their 16th wedding anniversary, the actor posted a picture from their wedding ceremony. In the picture, the couple can be seen in traditional Maharashtrian outfits. Sharing the happy picture from the wedding day, the actor captioned the post: "Happy 16th my love" and added a red heart emoji to his post. His instafam wished the couple a very happy anniversary.

Keerti and Sharad Kelkar met on the sets of the TV show called Aakroshin 2004. They also co-starred in Saat Phere and participated together in Nach Baliye 2. A year later, they got married and are parents to a daughter named Kesha. They frequently feature on each other's Instagram profiles. Take a look at some of the posts here: