Kajol Misses Dressing Up, So She Posted This Throwback Pic 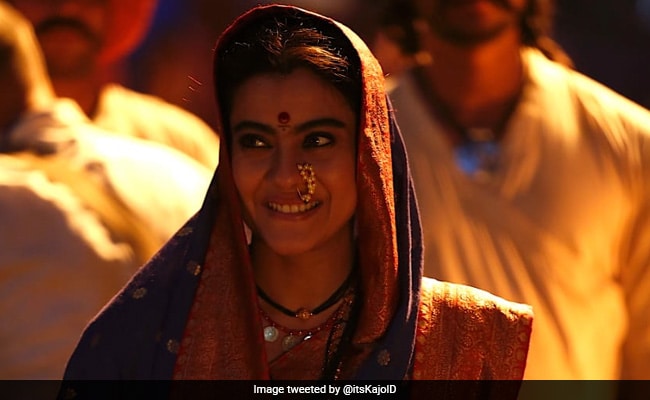 Kajol's latest Instagram post is quite relatable. The 46-year-old actress shared a stunning throwback picture of herself on her social media handles and added a hilarious caption along with it. In the picture, a bejeweled Kajol, can be seen dressed in a blue and red saree with a bright smile on her face. The picture happens to be from the period drama Tanhaji: The Unsung Warrior, in which she played the role of warrior Tanhaji Malusare's wife Savitribai Malusare. Her husband Ajay Devgn played the titular role in the film, while Saif Ali Khan featured as the antagonist. Kajol captioned her post: "'This is the season and we even have a reason to post pics of when we dressed up." She added the hashtags #Throwback, #DressUp and #MissThis.

Tis the season and we even have a reason to post pics of when we dressed up! #Throwback #DressUp #MissThis

Lets take #WomensEqualityDay as an opportunity to impart wisdom in our children, that girls & boys stand equal on all grounds. @ajaydevgn #GenderEquality #Superhumans

Kajol frequently shares throwback pictures on her Instagram profile. Here are some of her posts:

When somebody asks me what I'm up to... #ChinUp #DontYouDare #MeWhenI

Kajol's next project is the Netflix film Tribhanga, which will mark her digital debut. Produced by Ajay Devgn, Tribhanga will be directed by Renuka Sahane and it will also star Tanvi Azmi and Mithila Palkar.