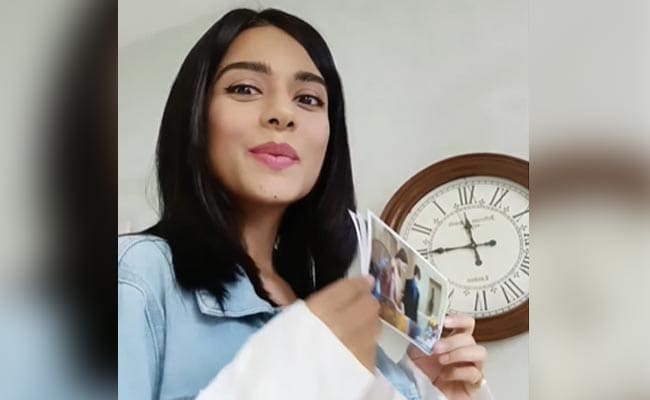 A still from the video. (courtesy: amrita_rao_insta)

Shahid Kapoor and Amrita Rao's Vivah completed 16 years on Thursday. To mark the day, Amrita Rao has shared a special video. It opens with the actress covering her face with a still featuring herself and Shahid from the Sooraj Barjatya project. The text reads, “16 years of Vivah.” Then, Amrita Rao shows her face and looks at the picture. The text, “Sweet 16 forever,” appears on the screen. In the very next frame, the actress gestures that she isn't talking about the film “but me”. The video ends with a thank you note, “Thanks for the special love all along. Rightfully 16 forever.” For the background, Amrita Rao has picked the soulful song Mujhe Haq Hai from the movie. In the caption, the actress has referred to the all-time classic song Solah Baras Ki Bali Umar from the film Ek Duuje Ke Liye. “16 baras ki bali umar ko salaam. #vivah #vivahmovie #16yearsofvivah,” she wrote.

Rajshri Production has also shared a behind the scene video to celebrate “16 years of Vivah”. Along with it, the production house wrote, “As we celebrate 16 years of the movie ‘Vivah', watch these fun BTS moments from the sets of 'Vivah' that will surely leave you giggling.”

Vivah, a family entertainer, featured Anupam Kher, Sameer Soni, and Alok Nath in crucial roles. The film highlighted the journey of a couple, played by Shahid Kapoor and Amrita Rao, from engagement to marriage and the aftermath.

Uunchai is backed by Rajshri Productions in association with Mahaveer Jain Films and Boundless Media.

Priyanka Chopra Recalls When Malti Marie Was Intubated: "Didn't Know If She Would Make It"