Uunchai will release on November 11

The makers of Uunchai,starring Amitabh Bachchan, Anupam Kher and Boman Irani, hosted a special screening in Mumbai on Wednesday evening. The event was attended by several A-listers, including Jaya Bachchan, who arrived with her son Abhishek, Salman Khan, Kajol, Rani Mukerji, Akshay Kumar, Madhuri Dixit, Rakesh Roshan and others. Big B was MIA from the special screening. Jaya Bachchan looked beautiful in a green saree as she happily posed with Anupam Kher at the event. Abhishek was also pictured happily talking to Boman Irani and other celebs at the event. Salman Khan hugged his friend and Uunchai director Sooraj Barjatya and happily posed with him at the event. Anupam Kher's mother Dulari Kher and his brother Raju Kher were also spotted at the event. Mahima Chaudhry arrived with her daughter Aryana at the screening. The movie also stars Danny Denzongpa, Parineeti Chopra, Neena Gupta and Sarika in pivotal roles.

Take a look at pictures from the Uunchai screening: 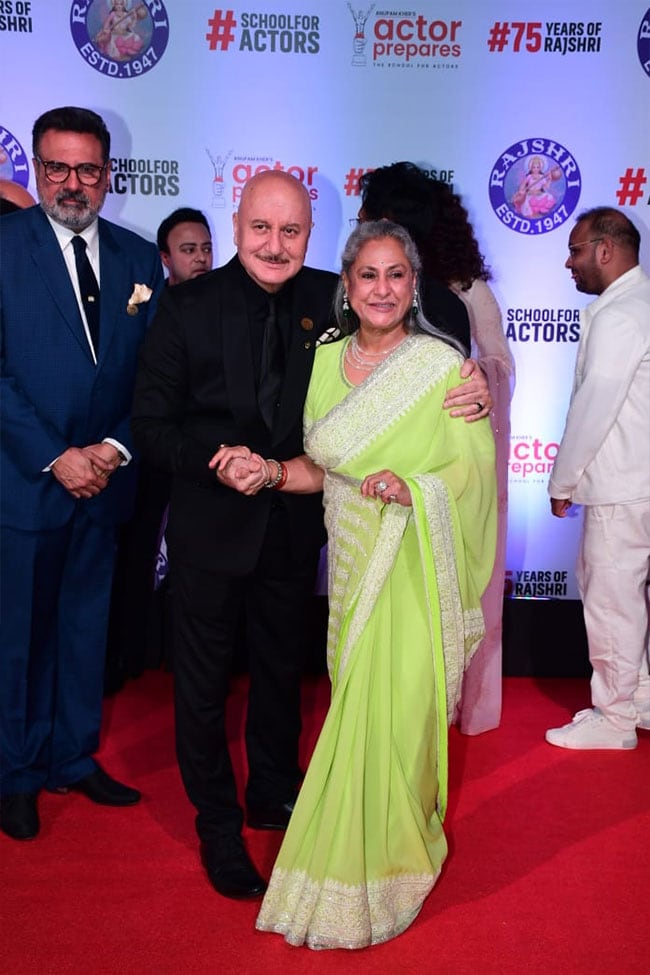 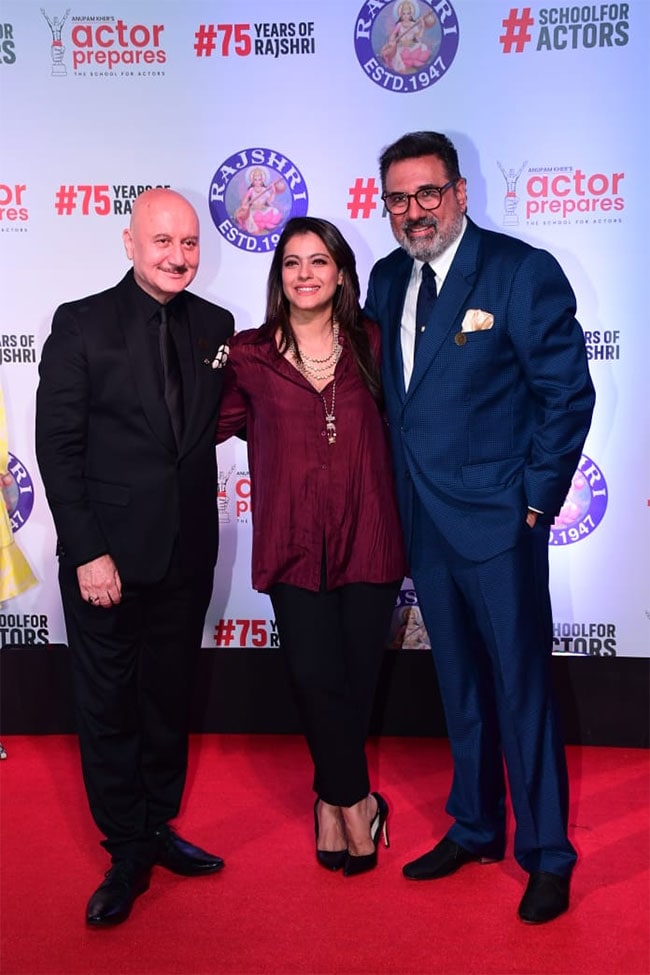 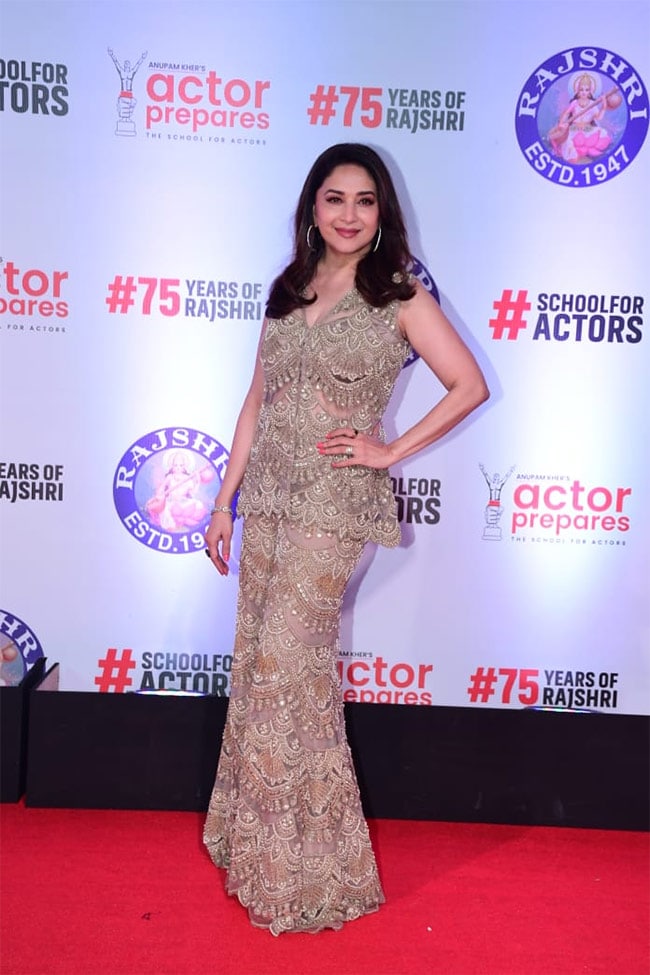 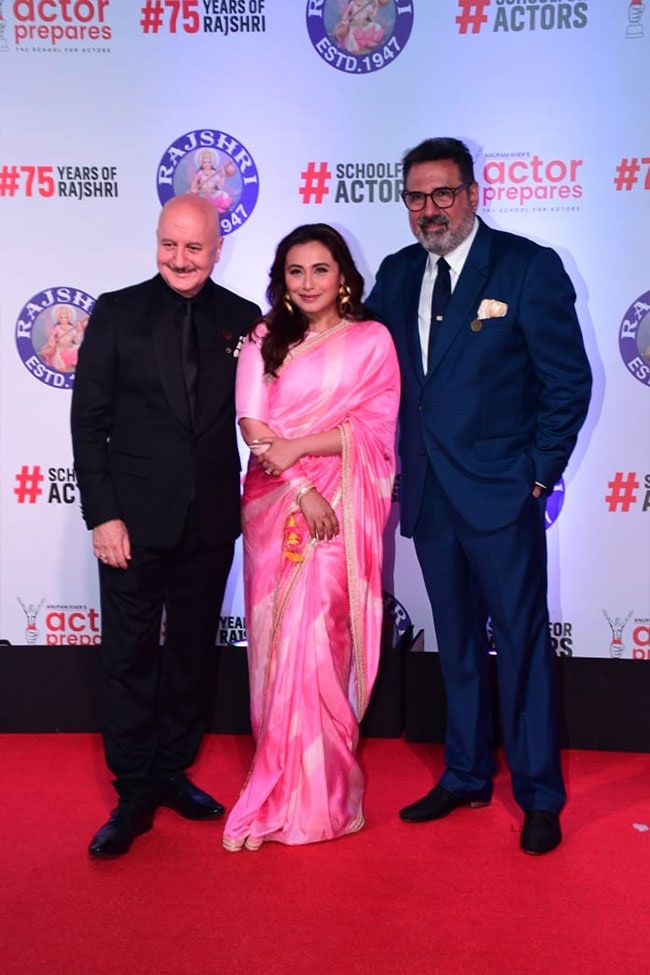 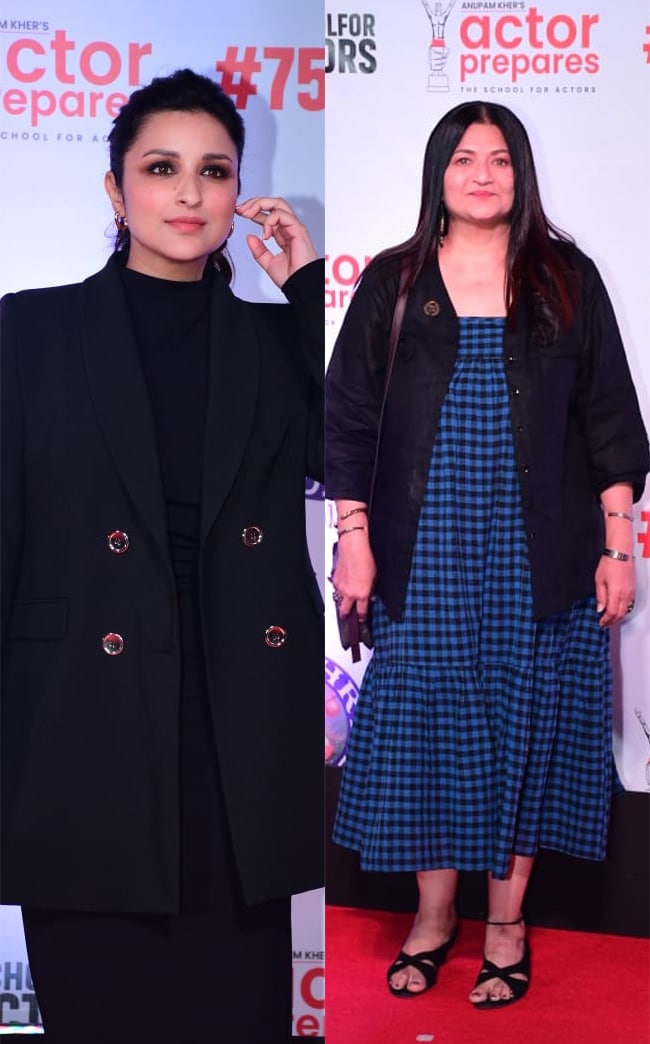 Uunchai stars Sarika and Parineeti Chopra were pictured at the screening. 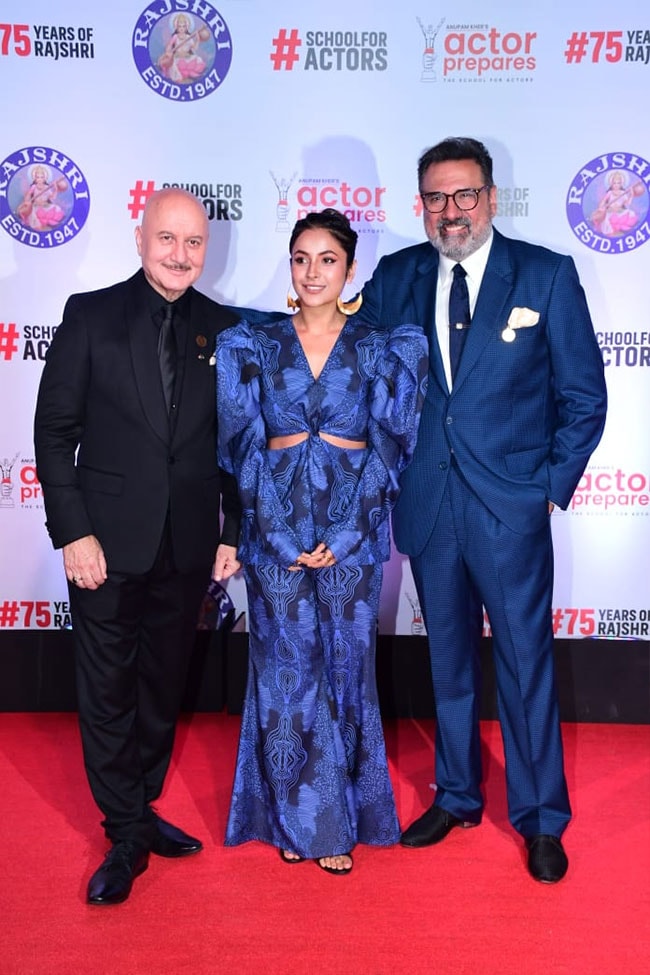 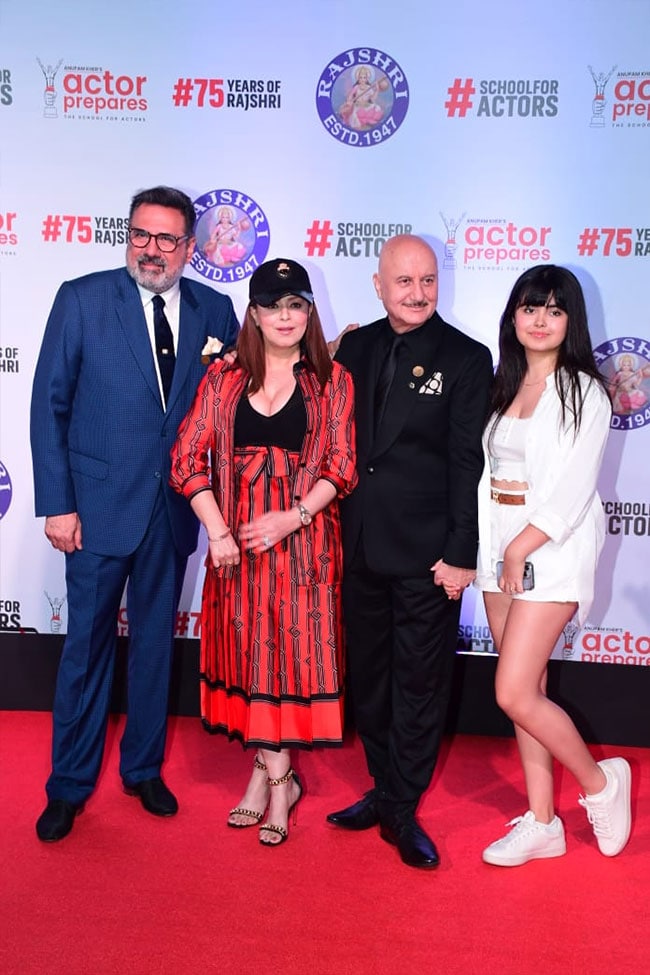 Mahima Chaudhry arrived with her daughter Aryana at the Uunchai screening. 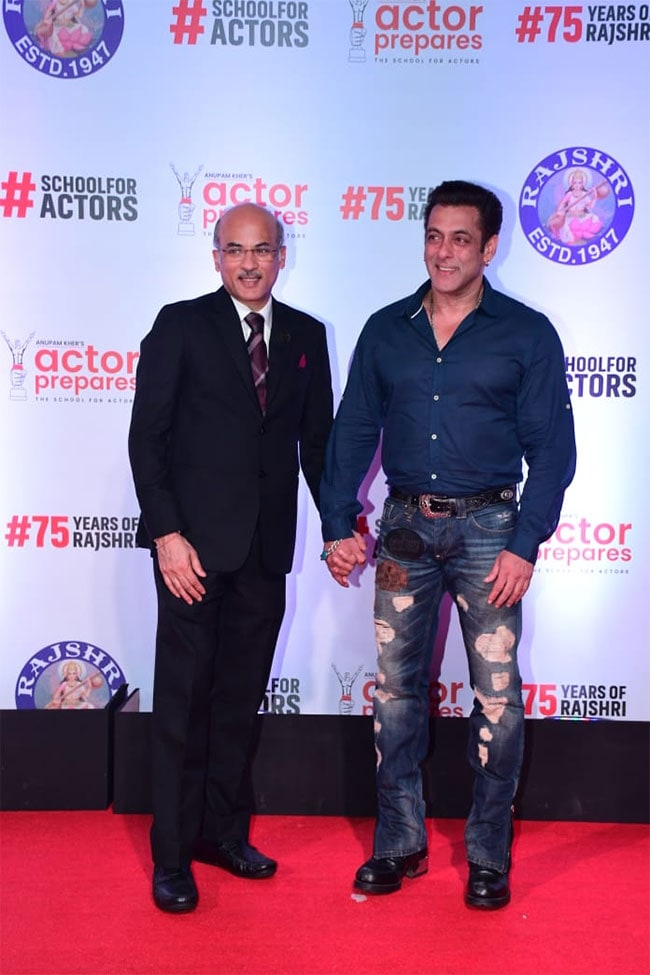 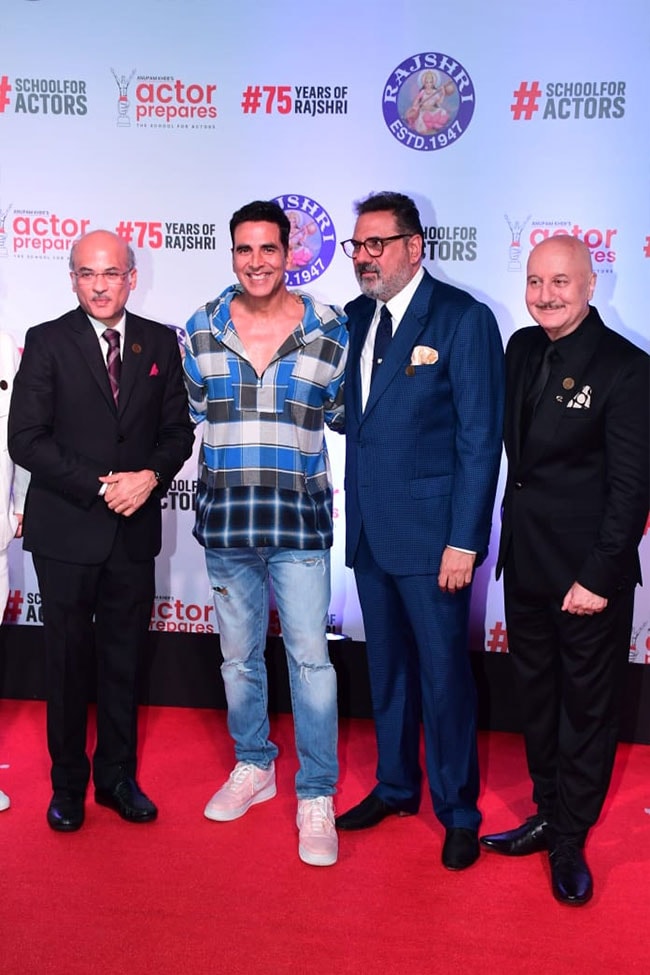 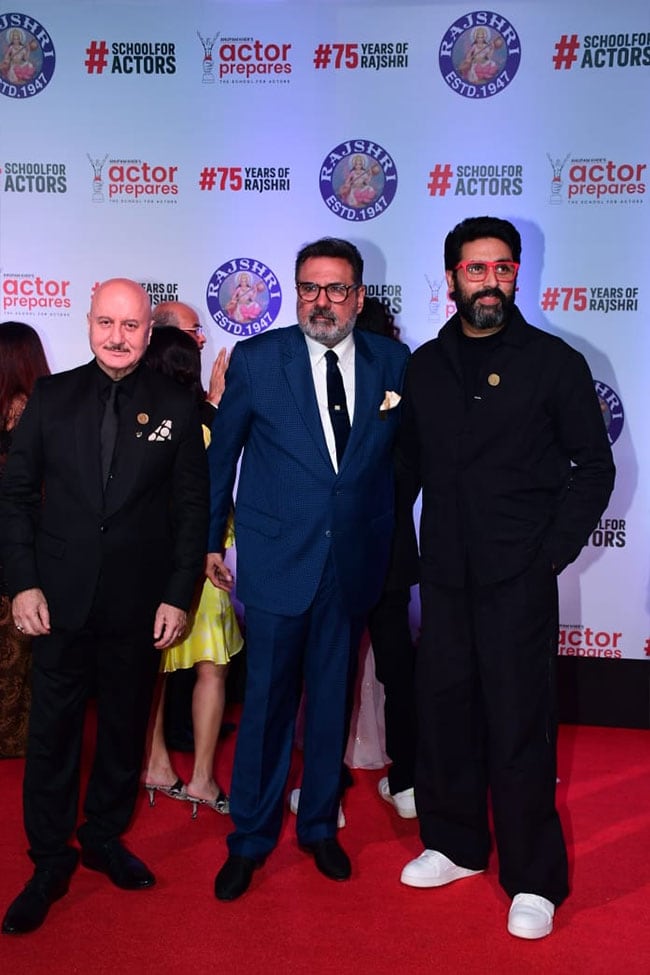 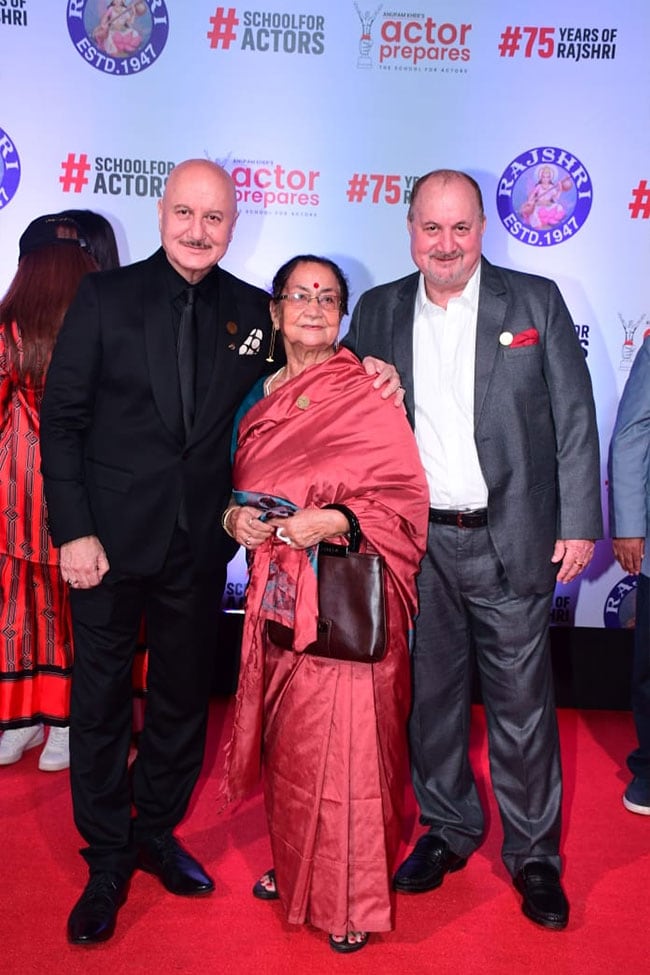 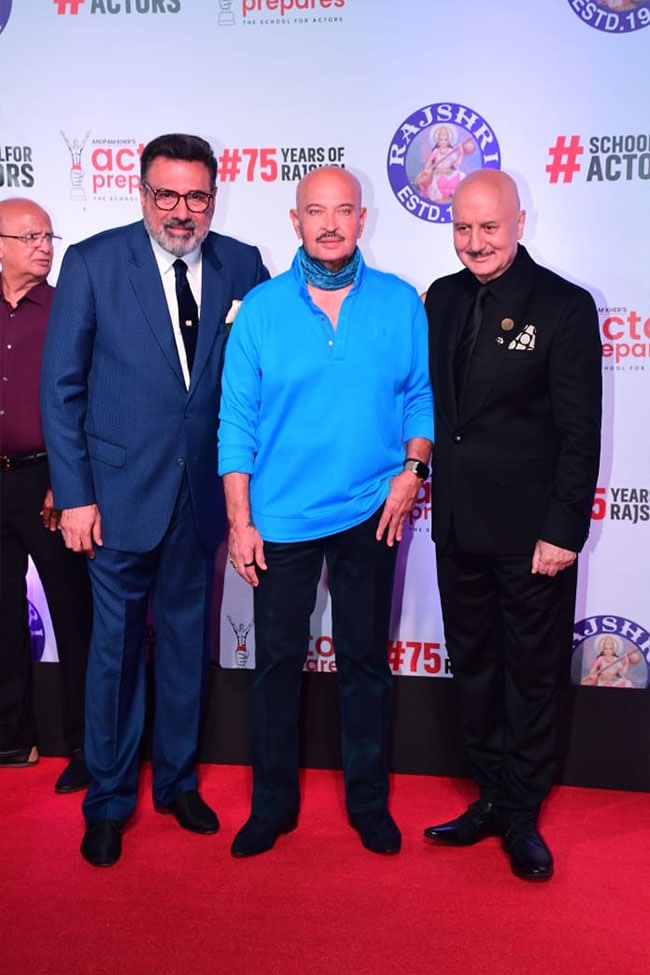 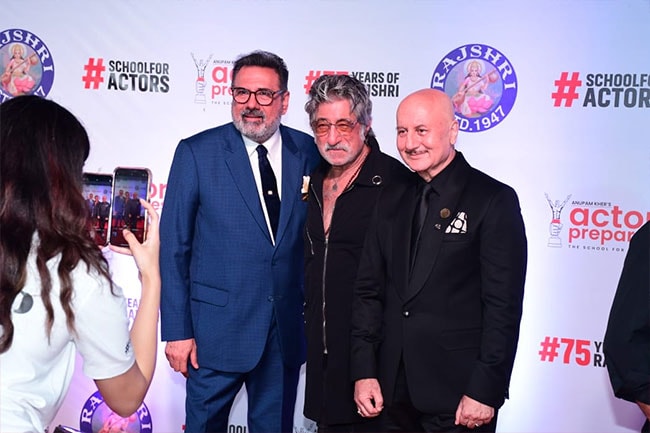 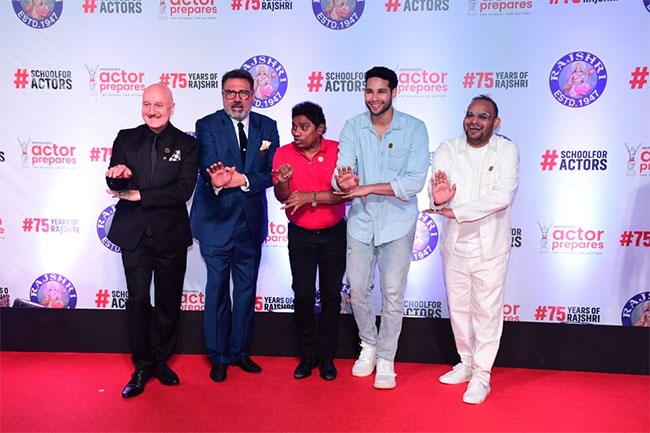