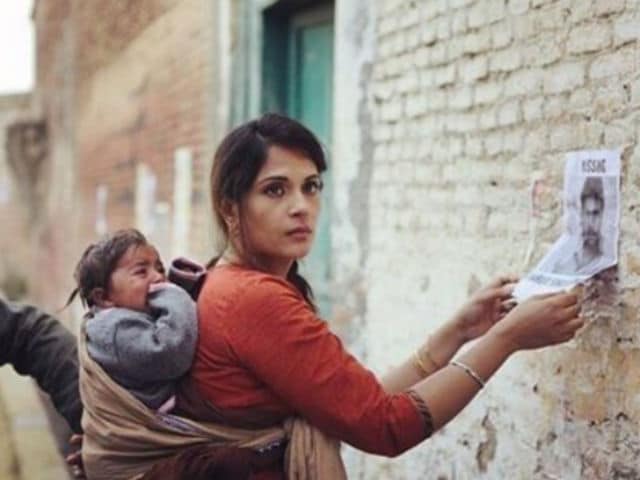 Richa Chadha in a still from Sarbjit.

Mumbai: Filmmaker Omung Kumar said that none of the scenes featuring Richa Chadha were cut from Sarbjit as opposed to what the actress had claimed.

"It is completely untrue about us cutting her role. It is a bound script. The scenes were exactly the same before starting the film and I had narrated Richa the same. So, no scene of hers was cut off from the film," Mr Kumar said in a statement.

Thank you for all the amazing reviews,but it really is teamwork and I have a great working equation with everyone on the film.Everyone's (2)

roles were edited a bit but it was all in the interest of the film.Let's not get nasty,it&39;s our labour of love.(3)

Don&39;t wish to give this issue more attention than its already got. We stand united @OmungKumar@TSeries@jackkybhagnani@honeybhagnani

In a recent interview, Richa was quoted as saying: "Some of my best scenes had to go. The one scene that I still have towards the end where I am shown bonding with Aishwarya's character has no context since all my scenes showing my kinship with her are gone."

Sarbjit is based on Sarabjit Singh, an Indian villager who was convicted for spying and terrorism and languished in a Pakistani jail for several years while his sister Dalbir Kaur, tried vigorously to secure his release. He was attacked by inmates at a prison in Lahore in April 2013 and died a few days later.

Sarbjit released on May 20.