"Inspired" By Mirabai Chanu, Samantha Ruth Prabhu Did This In The Gym. Pic Inside

The actress tagged the silver medalist in her workout video. 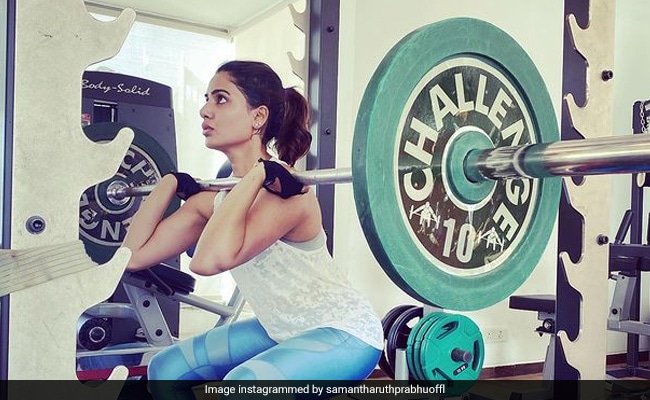 Weightlifter Mirabai Chanu created history on Saturday when she bagged the silver medal in the ongoing Tokyo Olympics. Needless to say, the 26-year-old's victory was celebrated by Indians across the world, who flooded social media with posts and messages. Our favourite Indian celebrities too lost no time to express their admiration for Chanu's achievement. Actress Samantha Ruth Prabhu has taken things one step further now by dedicating her Sunday morning workout to the champion. The actress shared the video in her Instagram Stories and tagged the athlete in the post. She wrote in the caption, “Mirabai Chanu, Sunday inspiration,” followed by high-five emojis. Along with Mirabai, Samantha also did not forget to acknowledge the several other Indian athletes making the country proud at the ongoing Tokyo Olympics and in other international tournaments. The actress shared an Instagram Stories post to celebrate wrestler Priya Malik bagging the gold medal at the World Wrestling Championship on Sunday. Sharing a post regarding the same, Samantha said, “Dayum, our women are killing it!” with fire emojis. 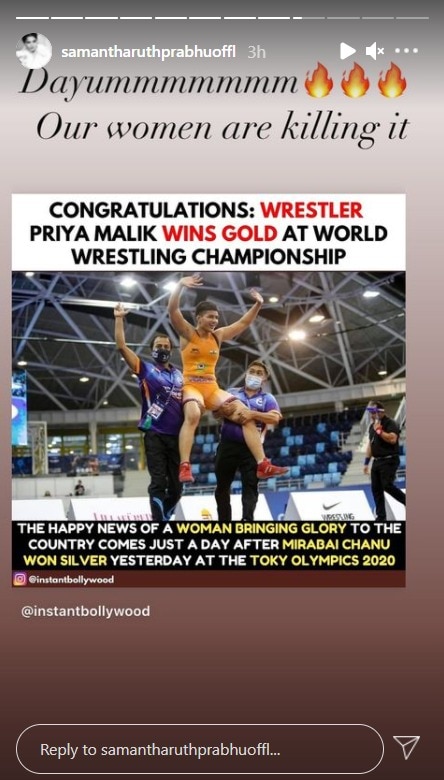 She also followed this up with a post about badminton star PV Sindhu registering a win in one of her first matches at the Tokyo Olympics. Tagging Sindhu, she wrote, “Absolute rockstar.” 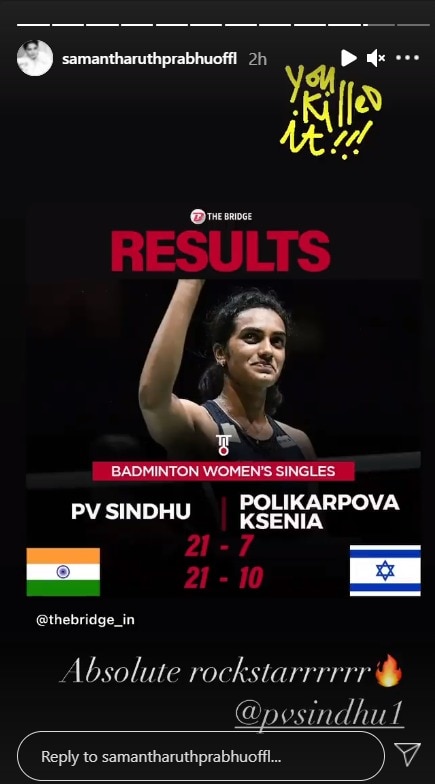 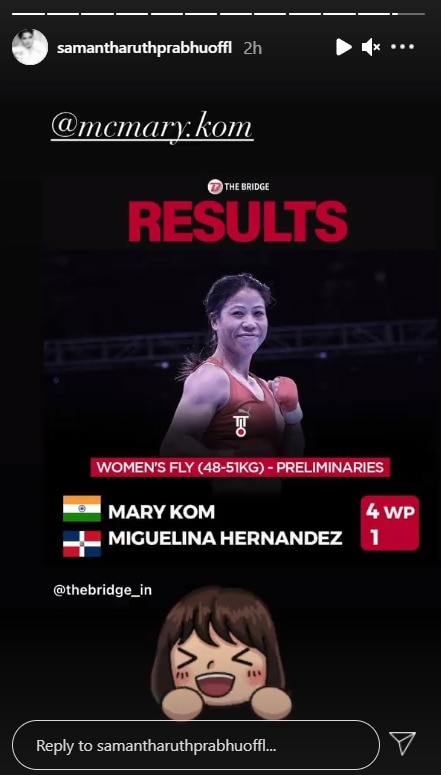 Samantha has been, for a long time now, an advocate for fitness and a sustainable lifestyle. Therefore, it comes as no surprise that she is spending her Sunday morning in the gym as the rest of us laze around. Earlier, the actress left her fans in awe as she shared a photo of herself indulging in some aerial Yoga. Along with the image, she wrote, “Life is a balance of holding on and letting go. Inversions.”

Samantha Ruth Prabhu is one of the most successful actresses of the Tamil and Telugu film industries. Her popular films include Ye Maaya Chesave, Rangasthalam, Neethaane En Ponvasantham, Yeto Vellipoyindhi Manasu, Seethamma Vakitlo Sirimalle Chettu, Majili, Jaanu and Oh! Baby. She will next be seen in Kaathuvaakula Rendu Kaadhal and Shaakuntalam.

She recently received rave reviews for her role in the second season of the web series The Family Man, co-starring Manoj Bajpayee. She is married to actor Naga Chaitanya, with whom she debuted in the film Ye Maaya Chesave.