Of His Films With Amitabh Bachchan, Ram Gopal Varma 'Regrets' All But Sarkar Series 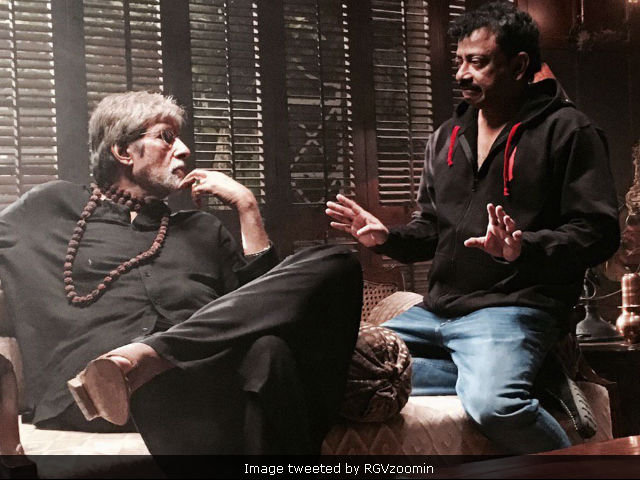 New Delhi: In a rare moment of candour, filmmaker Ram Gopal Varma has admitted that he 'regrets' the films he has made with actor Amitabh Bachchan, other than the Sarkar series, of which the third instalment is coming up for release. Mr Bachchan has headlined the political drama franchise as Subhash Nagre, the all-powerful and titular Sarkar. At the launch of the trailer of Sarkar 3 in Mumbai on Wednesday, RGV said, "Except for Sarkar, I regret all the films. We created the best of franchise with this... Many directors, including me, take him for granted and we get confused with the actor, the superstar and the image. I almost regret every character," reports news agency PTI. The non-Sarkar films that Mr Bachchan, 74, and RGV have made together include Nishabd, Rann, Department and the extremely regrettable Ram Gopal Varma Ki Aag, which was the filmmaker's ambitiously-titled but ill-thought remake of the classic Sholay, which also starred Amitabh Bachchan.

A confession of this sort is one most unexpected from Ram Gopal Varma, once the maker of acclaimed cinema like Satya and now best known for his gladiatorial tweets against colleagues like Chiranjeevi and former protege Anurag Kashyap.

Having praised Mr Bachchan, the outspoken RGV also ran down another actor, invoking him by name. "Cinema is an emotional experience... one has to feel things. If I give the same dialogues (of Amitabh Bachchan) to Jeetendra, it won't work. And everybody knows that. No one can surpass him (Mr Bachchan)," he said, reports PTI.

Sarkar 3, which arrives nine years after the second film, sees Subhash Nagre down but not out. His sons - played in previous films by Amitabh Bachchan's own son Abhishek and actor Kay Kay Menon - have died. His grandson, played by actor Amit Sadh, is being groomed for succession in a world of political intrigue where bullets fly with as much ease as words are exchanged.

"Sarkar series is full of grey characters. There is no hero or villain... Everyone believes in their own conviction and what they stand for. So to describe anyone as positive or negative is not right," Ram Gopal Varma said at the launch of the trailer, reports PTI.