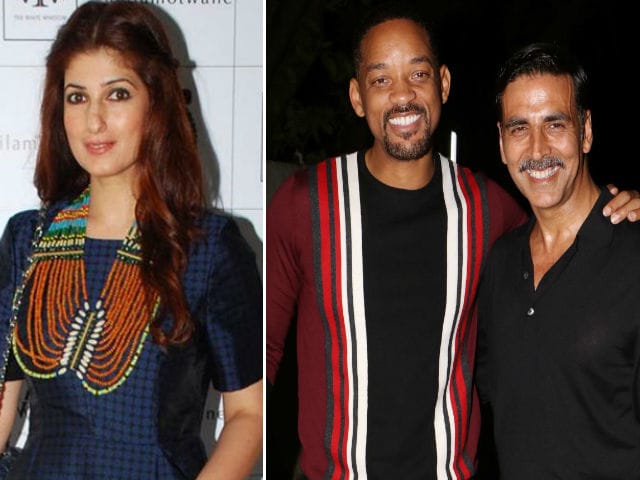 Twinkle Khanna (left), and Will Smith and Akshay Kumar (right) photographed in Mumbai

New Delhi: There was a Will Smith joke inside Twinkle Khanna just waiting to be tweeted. Of course. We're just surprised it wasn't a Fresh Prince quip or a 'getting jiggy' pun. Twinkle, 42, and husband Akshay Kumar had a party on Sunday to celebrate the success of his latest film Rustom and Will, apparently visiting India on the sly, was on the guest list.

Twinkle, the Fresh Princess of Juhu, tweeted on Monday morning:

Guess who came over for dinner last night?Now I have to stop saying that I have no Willpower:) #freshprinceofbelairpic.twitter.com/hQWR3aaQGA

Promoted
Listen to the latest songs, only on JioSaavn.com
We have no idea yet what Will, last seen in Suicide Squad, is doing in Mumbai but he clearly isn't lacking for activities. He and Akshay made an appearance outside Akshay's home - where the party was held - for the benefit of the cameras. 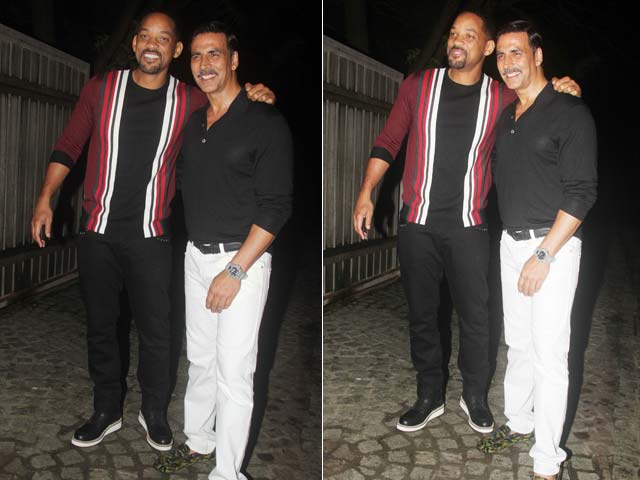 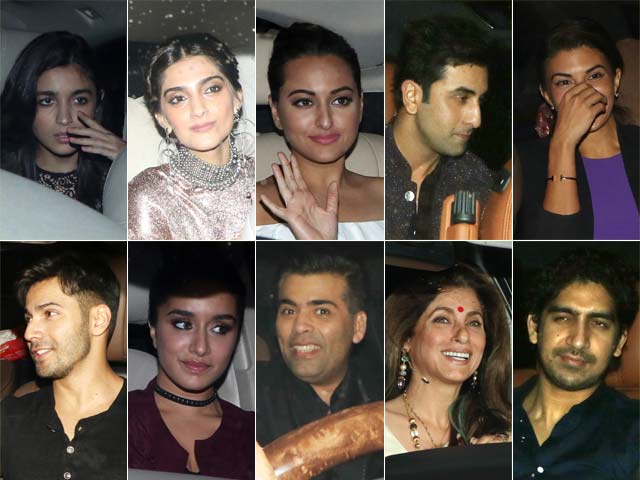 Alia and Sonakshi posted pictures from inside the party:

The Pursuit of Happiness

Will Smith in da house! Welcome to India #freshprinceofbelair! #aboutlastnight

A very rare sighting. @akshaykumar eating phirni with our hosts for the night, and my fav couple! @twinklerkhanna #aboutlastnight

Will Smith's Suicide Squad was poorly-received by critics but warmly welcomed at the box office, much like Akshay Kumar's Rustom, which has made over Rs 100 crores.