'Of Course' Salman Khan Is In Sooraj Barjatya's Next Film: 'Obsessed With His Persona'

"We were going ahead with team spirit. But over a period of time he worked on his craft and proved his versatility as an actor," said Sooraj Barjatya 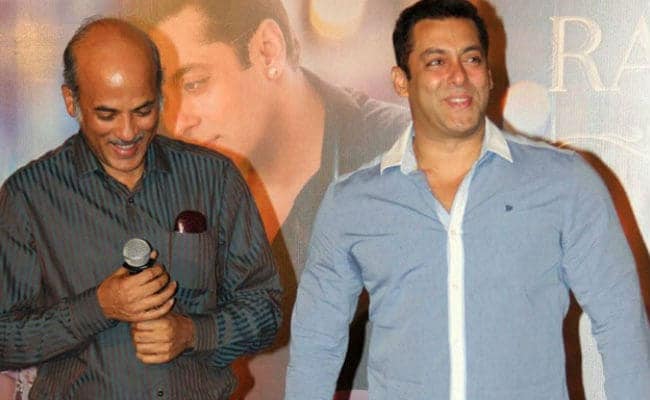 Filmmaker Sooraj Barjatya is scripting his next film right now. He admits that as a storyteller he is spoilt by and obsessed with Bollywood superstar and friend Salman Khan, so it is but obvious that he will work with the actor in his next.

"We are friends for 30 years, and I have directed four films with him. As a storyteller, I cannot think of anyone else because I am quite obsessed with his persona. Initially we collaborated because we are friends, and if you know him you must know that he can do anything for his friends. Back then he was a young, handsome man with a strong screen presence and the audience loved him," Mr Barjatya told IANS.

He continued: "We were successful and we were going ahead with team spirit. But over a period of time he worked on his craft and proved his versatility as an actor. Now he is an interesting actor for any director to work with. Of course I will work with Salman in my next!"

However, Sooraj Bartjatya will take some more time before he starts his film with Salman because he has a responsibility as father to carry out before that.

"This year, we are launching our younger son Avinash as a writer, director. He is done with writing the script and the casting is in the process. Then there are two television projects for different channels that we are coming up with, as a production house. I will focus on my film once all these things are in place," shared the 55-year-old filmmaker.

Currently, Sooraj Barjatiya is busy with the upcoming TV show Dadi Amma... Dadi Amma Maan Jaao! that airs from January 27 on Star Plus. He has created and developed the show under his banner, Rajshri Productions.