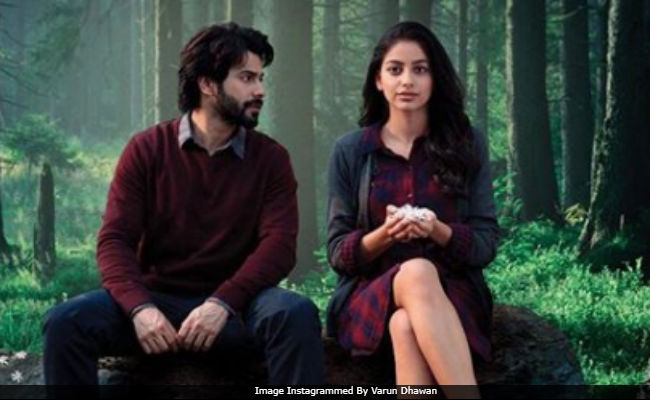 New Delhi: The first song of Varun Dhawan and Banita Sandhu's forthcoming film October was recently unveiled. Titled Thehar Ja, the song gives us a brief idea of how sweet Varun and Banita's love story would be. Theher Ja is a beautiful romantic song that perfectly describes Varun and Banita's relationship. Both of them work as hotel management trainees at the same place while Banita appears to be cheerful Varun gives an intense look. Towards the end of the song, Banita is seen quietly admiring Varun, who doesn't pay much attention to her. Theher Ja is sung by Armaan Malik and written by Abhiruchi Chand. Will love blossom between them? Is the question you'll ask after watching the song.

Of the film, Varun Dhawan earlier told news agency IANS, "I was the last person cast in the film after meeting Shoojit Sircar. I think casting should happen that way. Not because one actor is doing good in films. When I heard the story, I was so moved by it that I felt the need of doing the film. When I sign a film, I look at the script more than anything, and how much the maker is putting in the film. In October Shoojit da, writer Juhi Chaturvedi and every one of our crew members put their heart and soul in it. I had to be a part of this film. They signed me for the film even before Badrinath Ki Dulhania and Judwaa 2."