Kangana Ranaut on Censorship of Queen: Nothing Vulgar About a Bra 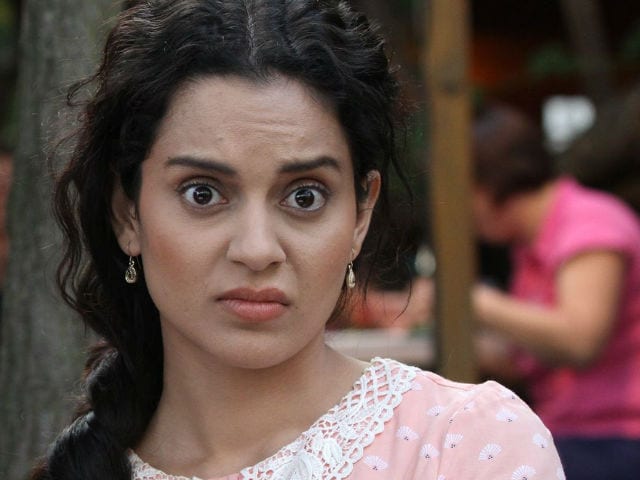 Kangana Ranaut in a still from Queen.

New Delhi: In the wake of controversy over Udta Punjab, National Award-winning actress Kangana Ranaut on Thursday supported filmmakers and said that the film fraternity deserves its creative liberties and doesn't need a parental attitude towards audiences to protect them.

The Central Board of Film Certification (CBFC) headed by Pahlaj Nihalani is said to have suggested cuts to the Abhishek Chaubey-directed film, which deals with drug abuse in Punjab.

Ms Ranaut, 29, was asked about her opinion on the Udta Punjab controversy at an award ceremony and she said: "We all have been very concerned with the way things are going. I am not a director and I have not been through that process."

"But people whom I closely work with seem extremely disturbed with the way things are and to an extent, they feel bullied. They know there is a process of certification. We do not ought to have that sort of parental attitude towards audiences that we need to protect them," said Ms Ranaut.

Ms Ranaut, who has won three National Awards for her roles in Fashion, Queen and Tanu Weds Manu Returns, said that during the release of Queen, director Vikas Bahl was asked to blur a scene as the censor board thought it was "vulgar."

"In Queen, there was a little funny moment where a boy spots a bra on my bed. So the director called me and said that the censor is blurring the bra as they think it is vulgar. My director was furious. As artistes we don't see it as a danger to society. There is nothing vulgar about a woman's bra," said Ms Ranaut.

Mr Bahl is one of the three people who heads Phantom Films, which has co-produced Udta Punjab.

"Cinema is all about detailing. We need our own creative freedom and we are definitely sort of pressed against the wall and there is so much outrage. I hope it will be addressed and I hope there won't be such incidents in future," said Ms Ranaut.