'Not Racist': Liam Neeson Gives Context To Viral Comment On Avenging Friend Who Was Raped

The impulse to kill a black person lasted "maybe a week and a half," Neeson admitted during a press junket for Cold Pursuit 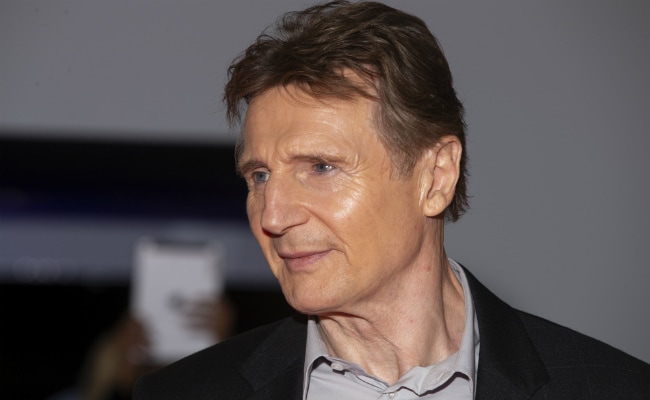 Liam Neeson appeared on Good Morning America Tuesday, where he addressed his recent statement that he once roamed the streets in pursuit of a black person to kill after someone close to him disclosed she had been raped by an unidentified black person.

"I went up and down areas with a cosh, hoping I'd be approached by somebody - I'm ashamed to say that - and I did it maybe for a week, hoping some 'black bastard' would come out of a pub and have a go at me about something, you know?" Neeson told the Independent in an article published Monday. "So that I could ... kill him." ("Cosh" is a British slang term for a bludgeon.)

Neeson expounded on this story to anchor Robin Roberts during an appearance Tuesday on Good Morning America, a stop on his press tour for his latest film, Cold Pursuit. "After that there were some nights I went out deliberately into black areas in the city looking to be set upon so that I could unleash physical violence," he said. "And I did it for, I'd say, maybe four or five times until I caught myself on, and it really shocked me, this primal urge I had. It shocked me, and it hurt me. I did seek help."

"I'm not racist," Neeson continued. "This was nearly 40 years ago ... I had never felt this feeling before which was a primal urge to lash out."

The actor added that he believes he would have gone through with his plan if the opportunity arose, but that he would have reacted the same way if the rapist had been white because "I did want to lash out, yes, because my friend was brutally raped and I thought I was defending her honor."

"If she had said an Irish, or a Scot, or a Brit, or a Lithuanian, I know I would've felt the same effect. I was trying to ... stand up for my dear friend in this terrible medieval fashion," he said. "I'm a fairly intelligent guy, that's why it kind of shocked me when I came down to earth after having these horrible feelings," he added. "Luckily no violence occurred - ever. Thanks be to God."

"We all pretend we're kind of politically correct. I mean, in this country, it's the same in my own country, too, you sometimes just scratch the surface and you discover this racism and bigotry, and it's there," he told Roberts.

In his interview with the Independent, Neeson said his upbringing in Northern Ireland during a decades-long period of violence called the Troubles affected him deeply. "I knew a couple guys that died on hunger strike, and I had acquaintances who were very caught up in the Troubles, and I understand that need for revenge, but it just leads to more revenge, to more killing and more killing, and Northern Ireland's proof of that," he said. "All this stuff that's happening in the world, the violence, is proof of that, you know. But that primal need, I understand."

Cold Pursuit is the newest film in which Neeson plays a man seeking revenge, a character trope that has become almost synonymous with his name. In it, he plays a snowplow driver who seeks revenge against the drug dealers he believes murdered his son. In Taken, which spawned two sequels, he plays a former CIA operative who seeks revenge against sex traffickers who kidnapped his daughter and her best friend.

Neeson's publicist has not returned The Washington Post's request for comment.

(Except for the headline, this story has not been edited by NDTV staff and is published from a syndicated feed.)
Comments
liam neesonrape comments