Not Just The Oscars, Anushka 'Shashi' Sharma Was Also On The Moon With Neil Armstrong 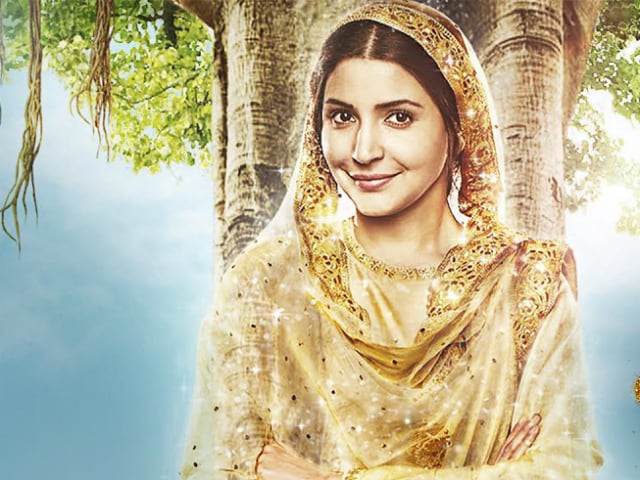 New Delhi: Did you know that Neil Armstrong wasn't the only one placing the flag first at moon in 1969, Shashi "helped him." Anushka Sharma's hilarious trail of photoshopping Shashi (her character from upcoming film Phillauri) into historic moments continues. Adding to her hysterical Oscar 2017 La La Land - Moonlight mix-up photoshopped picture, on Friday Anushka posted another image of Shashi present at the historic moment when Neil Armstrong placed the US flag on the Moon. The 28-year-old actress captioned the picture "Inko jhanda lagane mein madad maine hi ki thi. Muje oxygen mask, spacesuit ki zarurat nahi padti na so I was more comfortable #ShashiWasThere." Anushka, in her friendly ghost character of Phillauri, can be seen standing in between the flag and Neil Armstrong.

Promoted
Listen to the latest songs, only on JioSaavn.com
Before this, Anushka Sharma shared a picture standing with Warren Beatty at the stage during the historic La La Land-Moonlight mix-up and telling that the card he held to announce the Best Picture Academy Award was wrong.

Phillauri, which is Anushka's second directed movie after NH 10, is a story of a friendly ghost-bride (Anushka) named Shashi who accidentally gets married to a manglik boy played by Suraj Sharma. The story then goes into flashback, revealing that Shashi was in love with a folk singer, played by Diljit Dosanjh. She was last seen in Sultan while Udta Punjab was Diljit Dosanjh's first Bollywood movie. Directed by newcomer Anshai Lal, Phillauri is scheduled for March 24. Anushka will later start shooting for director Imtiaz Ali's film with Shah Rukh Khan.