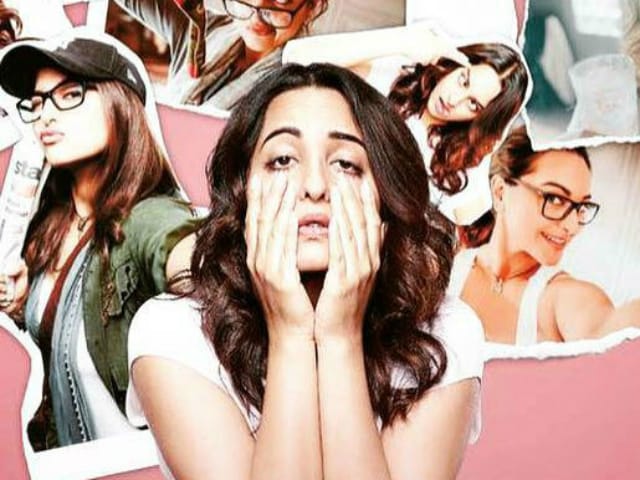 Sonakshi Sinha in a poster of Noor

New Delhi: Actress Sonakshi Sinha's latest release Noorhad an unpleasant opening weekend at the box office. Trade analyst Taran Adarsh said that the movie had a 'dull' weekend as it was able to score Rs 5.52 crores total over the weekend. It was released on April 21 across 1450 screens in India. "Noor has a dull weekend. Business saw growth, but not substantial enough. Fri 1.54 crores, Sat 1.89 crores, Sun 2.09 crores. Total: Rs 5.52 crores," Mr Adarsh tweeted. Nooris based on the Pakistani novel, Karachi, You Are Killing Me! by Saba Imtiaz. Sonakshi can be seen playing the role of a journalist, who is bogged down by the petty and day-to-day chores of her life until she lays her hands on a huge investigative story that can change her life.

In his review for NDTV Movies, Raja Sen rated the film two stars and described Nooras: "Sonakshi musters up a couple of sincere moments but frequently tries too hard, while her character comes across airheaded, incompetent and unlikable - which wouldn't have been a bad thing had the film gone full Legally Blonde and embraced its silliness. Alas, it doesn't."

However Sonakshi's father and veteran-actor Shatrughan Sinha was all praises for his daughter after attending the screening. He wrote on Twitter, "Noor, which not only sparkles but makes us proud too. What a great performance, in a brilliantly directed film by Sunhil Sippy."

#Noor - which not only sparkles but makes us proud too. What a great performance in a brilliantly directed film by Sunhil Sippy....2>3

Promoted
Listen to the latest songs, only on JioSaavn.com
Nooralso stars Kanan Gill, Shibani Dandekar and Sunny Leone, who features in a song as herself. The movie had a box office clash with Raveena Tandon's Maatr and Aparna Sen's Sonata on Friday.

Here's How Preity Zinta Is "Reaping The Benefits Of Being Vaccinated"