No Tamasha, Deepika Padukone is Happy For Ranbir Kapoor 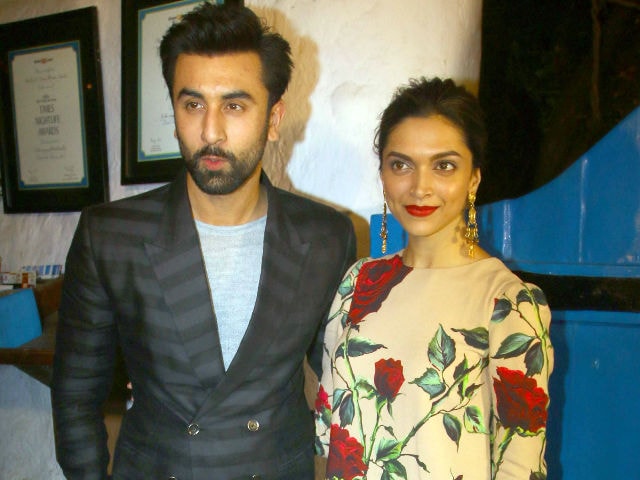 Mumbai: Deepika Padukone is happy to see her Tamasha co-star Ranbir Kapoor receiving accolades for his performance in the film.

"I would not like to give credit to myself only. This is everybody's effort that Tamasha is doing well. But I am happy that finally people's reaction about Ranbir has changed and he is praised for his performance," Deepika said at a party to celebrate the success of Tamasha.

"Since Ranbir's last three movies have not done well, whatever people are saying about him is now proved wrong. Ranbir is a talented actor and I just want him to be happy," she added. (Also Read: Tamasha Was Made With a View the Audience is Not Stupid, Says Imtiaz Ali)

The 29-year-old actress will be next see in Sanjay Leela Bhansali's Bajirao Mastani.

Ranbir also has an interesting line-up of films, which include Jagga Jasoos and Ae Dil Hai Mushkil. He will also be seen in the biopic on Sanjay Dutt, which will be dired by Rajkumar Hirani.