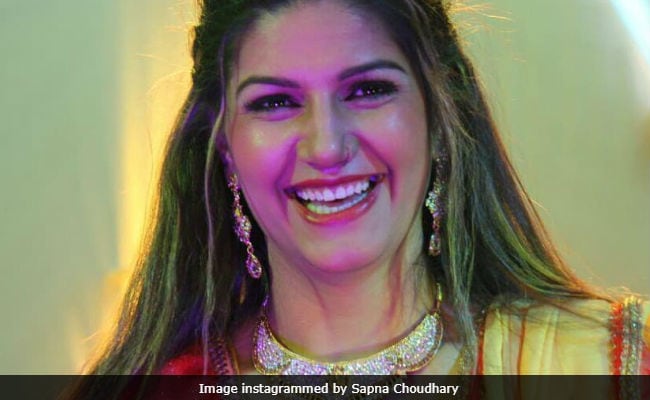 New Delhi: Sapna Choudhary instagrammed a video, which shows Chris Gayle dancing to her 2017 hit Teri Aakhya Ka Yo Kaja. But that's not the truth. In reality, Sapna found a mashup of Chris Gayle's video, in which he danced to Sunny Leone's Laila Main Laila (from Raees), merged with the audio of her song. However, the Bigg Boss 11 alumna was too excited to cross check and shared the video on Instagram and wrote: "Chris Gayle, you are such a good dancer." (True that). Instagram users too liked Chris' dance moves - so what if it's not on Teri Aakhya Ka Yo Kaja. "Super fantastic dance," read one comment while another Instagram user said: "Album launch hogi Sapna ke saath iski." In June 2017, Chris Gayle opened the #ChrisGayleDanceChallenge for his fans on social media and his gig was a part of it.

Look what I found on Internet. @chrisgayle333 You are such a good Dancer.

And this is Chris Gayle's original video:

(#CEO Chris Ever Okay) I'll give the winner USD 5000 who do the #ChrisGayleDanceChallenge the best . Ladies, the challenge goes for you too...There's the video so make sure you're spot on as I am lol. #HaveFun I'll post the top 5 on my page and the viewers choose the winner. Remember to use the HASHTAG! Will announce the winner on the 24th

Promoted
Listen to the latest songs, only on JioSaavn.com
Everybody knows that Chris Gayle is the "Champion" of quirky dance moves. The West Indies player is currently busy with the ongoing Indian Premier League, in which he plays for Kings XI Punjab, co-owned by Preity Zinta. Chris recently stole the show with a century in a match against Sunrisers Hyderabad.

Sapna Choudhary is a Haryanvi stage performer and dancer, who became a household name after starring in reality show Bigg Boss 11. She recently appeared in a special dance number in Nanu Ki Jaanu, starring Abhay Deol and Patralekhaa.