Bigg Boss 11: In this week's B B Adaalat task, Priyank Sharma and Arshi Khan indulged in bad verbal fight 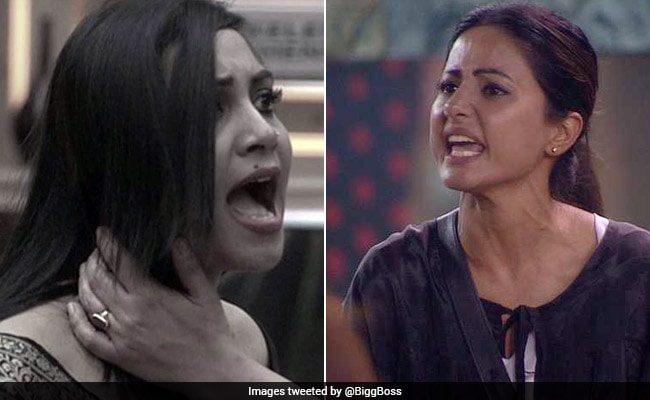 New Delhi: Did you also groove to peppy Break Up song just like the housemates did in today's Bigg Boss 11's episode? We witnessed differences between Sapna Choudhary and Puneesh Sharma, who were once close to each other and later, Bandgi Kalra and Puneesh fought over Hina Khan. Bigg Boss gave this week's luxury budget task - BB Adaalat. In this luxury budget task, Hiten Tejwani and Arshi Khan were husband and wife. According to the task, Hiten had filed a divorce from Arshi. These were the characters played by the other housemates: Hina was Hiten's sister, Priyank Sharma, Luv Tyagi were Hiten's brother. Shilpa Shinde played Arshi's mother's role. Puneesh and Vikas were Arshi's brother while Sapna and Bandgi were the judges and also the sanchalaks of BB Adaalat.

The #BB11 housemates get their luxury budget task for the week! Witness all the drama, tonight at 10:30 PM. #BBSneakPeekpic.twitter.com/Fj8XrNFsTU

Lawyer Vikas' first blame was for Hiten's brother Luv, who was tagged as 'brainless,' while Hina blamed Arshi and called her 'characterless.'

Priyank was the first witness to be in the katghara and he put a lot of blames on Arshi (his sister-in-law). He called Arshi 'cheap' and also said that Arshi flirted with him. Priyank slut-shamed Arshi and also commented on her choice of wardrobe.

Arshi was accused of bold dance with Priyank while Arshi denied this blame.

Both the sides got into an argument as there is chaos in the courtroom and Judge Sapna tried to maintain peace.

Akash Dadlani and Shilpa Shinde took their turns in the witness box as Judge Sapna gave her opinion.

Promoted
Listen to the latest songs, only on JioSaavn.com
Then it was time for Arshi begum to be in the witness box. Arshi slammed Hina and Priyank and said that the duo used to talk cheap with Sabhyasachi Tripathi. After the second hearing, the judges supported Hiten Tejwani.

Phew, today's episode definitely raised the temperature of the house. Who do you think will get judges' support? Hiten Tejwani or Arshi Khan. Tell us in the comment section below.