To share the happy news with her Instafam, the 30-year-old actress picked a BTS picture from her recently released film The Big Bull 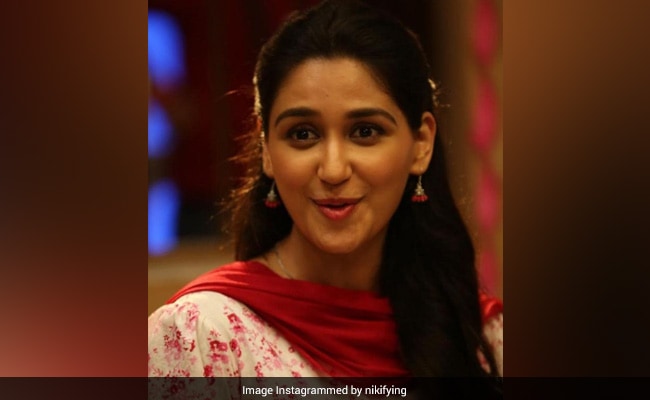 Nikita Dutta is COVID-19 negative and thrilled. The actress, who contracted the virus on April 3, is getting her sense of taste and smell back. To share the happy news with her Instafam, the 30-year-old picked behind-the-scenes still from her recently released film The Big Bull. Nikita's expression in the candid click is a mood. Sharing the post on Thursday, she wrote, "Getting my taste and smell sense back be like." Nikita added the hashtags #RecoveryThrills #TheBigBull #BTS" to the caption. Actor Nakuul Mehta asked in the comments, "Whaaat? you down with the virus?" To which the actress replied, "Out of it now."

Nikita missed some of the on-ground promotions of the film after her COVID-19 diagnosis. As per a report in Mid-day, Nikita said, "I am feeling pretty good and I am in complete isolation. Since I tested positive, I couldn't be a part of the promotions offline but it's fine. I need all the love and prayers, more for the movie and less for my recovery since I have recovered pretty much and am doing the time currently."

Speaking about how she approached her character, Nikita said that there was no reference for her to look at. She mentioned that unlike other actors in the film, her role was the least tapped into. Nikita was given more freedom and so she brought her own inputs which according to her would do justice to Priya Shah.

Nikita shot to fame with her role in the film Kabir Singh with Shahid Kapoor. Her character in Akshay Kumar's Gold also brought her into the limelight.

Nikita will be seen opposite Aditya Seal in the upcoming dance musical drama titled Rocket Gang. Choreographer Bosco Martis will make his directorial debut with the film.