Aren't Nick Jonas and Priyanka Chopra just too cute together? 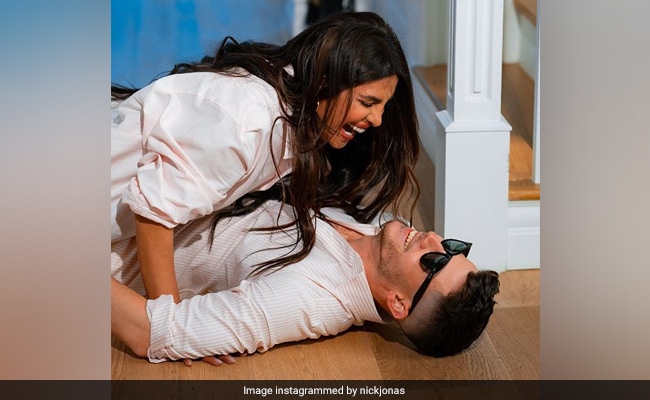 Looks like Nick Jonas is missing Priyanka Chopra a bit too much. Earlier this week, Priyanka Chopra flew into Switzerland to attend the World Economic Forum at Davos 2020. Just a few days apart, Nick Jonas had to dedicate an adorable Instagram post to his wifey. Nick Jonas picked out a glimpse of the newly released Jonas Brothers' song What A Man Gotta Do, in which he shares an intimate moment with Priyanka. Nick and Priyanka recreated Tom Cruise' and Rebecca de Mornay's most iconic scene from Risky Business and needless to say that the photo posted by Nick is of just that part from the song. "My favourite laugh," he captioned the photo.

Nick Jonas and Priyanka Chopra feature only as one-third of the What A Man Gotta Do. Nick Jonas featured in headlines for his night-suit wearing avatar (minus pants) and his sparling chemistry with Priyanka, who teaches him the tricks of an ultimate date night.

The Jonas Brothers co-starred with their respective wives in their comeback single Sucker last year. On the work front, Priyanka Chopra will next be seen in Netflix film The White Tiger. She also has Netflix's superhero film We Can Be Heroes and a film with actress-comedian Mindy Kaling in the pipeline.