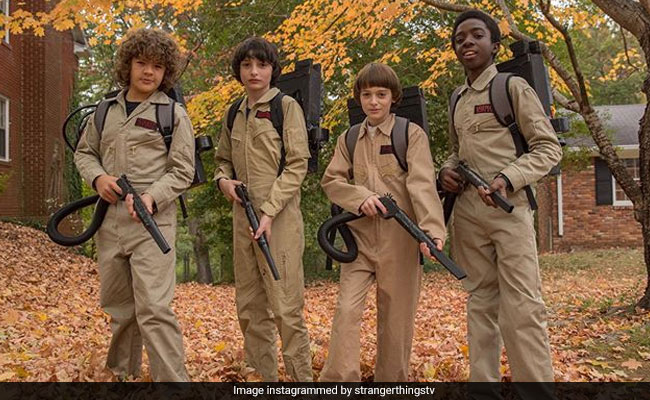 Netflix announced Monday a fourth season of retro sci-fi show Stranger Things, the site's most successful original production, as it bids to fend off intense competition from other streaming platforms.

The video subscription service added that it had entered into a multi-year deal with the hit series' creators, Matt and Ross Duffer, to work on unspecified film and series projects.

Stranger Things, a nostalgic 1980s drama about a gang of suburban adolescents battling supernatural monsters, became an instant hit for Netflix when it was launched in 2016.

The third season smashed the platform's global viewing records in July when 40.7 million accounts viewed it in its first four days of airing.

The finale to the third season left the door firmly open for a sequel.

Netflix announced the fourth series by tweeting a video along with the tag line "We're not in Hawkins anymore," a reference to the fictional Indiana town where the story began.

The tweet appears to suggest that the monsters in the show now live somewhere else, as hinted at the end of season three.

we're not in hawkins anymore pic.twitter.com/Y4hayuPKvu

The Duffer brothers were virtually unknown when Netflix commissioned their idea about teenagers confronting supernatural creatures and a parallel universe in a small-town American.

"We can't wait to see what The Duffer Brothers have in store when they step outside the world of The Upside Down," said Netflix chief content officer Ted Sarandos, referring to the alternative universe in Stranger Things."

He did not give any further details about their future productions in the press release.

Netflix is the market leader in global television and film streaming, with over 140 million paying accounts worldwide.

It is accelerating its content production as Apple, Disney, WarnerMedia and NBCUniversal launch their own streaming platforms.