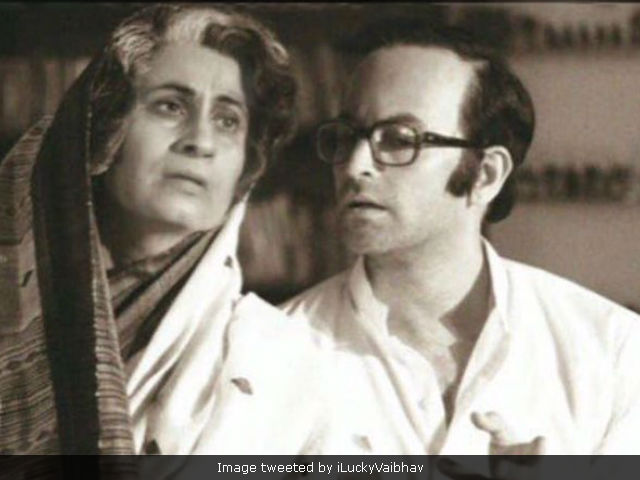 New Delhi: Actor Neil Nitin Mukesh announced the release date of his upcoming film Indu Sarkar on Instagram. The actor shared that the Madhur Bhandarkar-directed film ill hit the screens on July 21. Indu Sarkar is about the Emergency in 1975. Niel Nitin Mukesh shared a picture collage and wrote: "Mark your date to see This chapter of History! (sic)" In Indu Sarkar, Niel Nitin Mukesh will play Sanjay Gandhi while actress Supriya Vinod will play the role of India's Prime Minister Indira Gandhi. Recently a still from the film, in which Neil resembled Sanjay Gandhi, went viral. The still is also on the collage he shared on Tuesday.

My next, @imbhandarkar (MADHUR BHANDARKAR'S) INDU SARKAR. Releases on 21-07-2017. Mark your date to see This chapter of History !! @kulharikirti @anupampkher

To make Neil Nitin Mukesh's look exactly like Sanjay Gandhi the makers used the prosthetics. A source told Mid-day : "Great efforts were taken to ensure that he looks like a carbon copy of Sanjay Gandhi. Neil has also been reading up a lot on the Gandhis and the Emergency period to prep for his role." Pinkactress Kriti Kulhari and actor Anupam Kher also star in the film.

Promoted
Listen to the latest songs, only on JioSaavn.com
This will be Neil Nitin Mukesh's first release after he got married to Mumbai-based Rukmini Sahay in February this year. Neil and Rukmini got married in a lavish ceremony spread over three days in Udaipur. Soon after wrapping the wedding celebrations, Neil Nitin resumed work on Indu Sarkar.