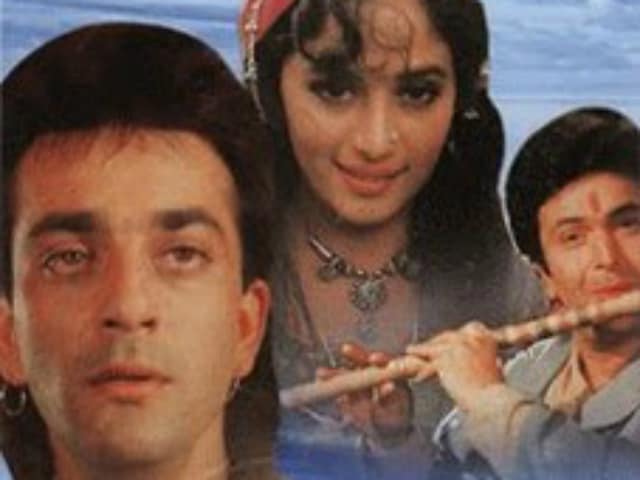 Rishi Kapoor and Sanjay Dutt worked together in 1993's Sahibaan

New Delhi: Actress Neetu Kapoor just told us how Sundays should be like. Neetu posted a throwback picture of her actor-husband Rishi Kapoor and their close friend Sanjay Dutt on social media and the actors can be seen having a having a "lazy" moment. The picture shared by the actress has her husband and his co-actor lying on a bed and feeling sluggish. The caption read: "A lazy afternoon with Kapoor and Dutt #throwback #memories #friendship." It seems like the picture is of the year 1993, when Mr Kapoor and Mr Dutt shot together for Ramesh Talwar's Sahibaan, also starring Madhuri Dixit. Interestingly, Neetu's actor-son Ranbir Kapoor is currently shooting for Sanjay Dutt's biopic.

Ranbir, who has put on 13 kilos for Mr Dutt's biopic, will be sporting seven different looks for the movie and is trying his best to portray the role with perfection. Ranbir, 34, was quoted by IANS as saying, "It has been an inspiring journey for me to be playing Sanjay Dutt for the silver screen. I have never put on so much weight before and now plan to reduce some weight for the next phase of shooting." The biopic of Mr Dutt is being made under the stewardship of Rajkumar Hirani, who directed the actor in the Munna Bhai films and also cast him in a small role in 2014 film PK, which released while Mr Dutt was serving a jail term.

Promoted
Listen to the latest songs, only on JioSaavn.com
Neetu and Rishi's son Ranbir will portray the role of Mr Dutt starting from when the actor was 22 and making his debut as a Bollywood hero in 1981 film Rocky.

Rishi Kapoor and Sanjay Dutt has worked together in movies like Sahibaan, Agneepath, Hathyaar and Kapoor And Sons. Meanwhile, Mr Dutt is currently shooting for Omung Kumar's Bhoomi, which tells the story of a father and a daughter. Bhoomi is hitting the theatres on August 4.