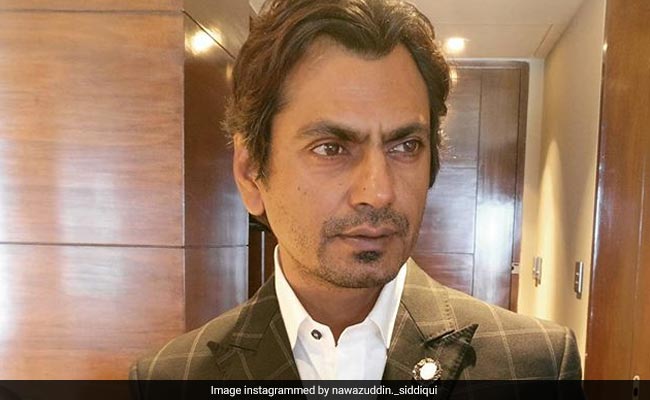 Actor Nawazuddin Siddiqui has been placed under home quarantine for 14 days in his hometown of Budhana, reports news agency PTI. The 45-year-old actor travelled to Budhana in Uttar Pradesh's Muzaffarnagar district from Mumbai, where he lives, in time for Eid. His brother revealed that there had been a death in the family some months ago, so Eid will be a time of mourning for the family this year. In a tweet on Monday afternoon, Nawazuddin Siddiqui wrote: "Due to the recent loss of my younger sister, my mother who is 71-years-old, got anxiety attack twice. We have followed all the guidelines given by the State Government. We are home quarantined at our hometown Budhana."

Nawazuddin Siddiqui and his immediate family received permission from the authorities to travel between states amid the COVID-19 lockdown, police told PTI. They reached Budhana, where Nawazuddin was born, on Saturday and are now under the mandatory two-week quarantine phase. The family have also been tested for the virus and their results are negative, PTI reports.

Nawazuddin Siddiqui received permission to travel from authorities in Maharashtra, Superintendent of Police (Rural) Nepal Singh said, reported PTI. Mr Singh also confirmed that the actor and his family had tested negative for the virus and are currently in quarantine. Eid begins on May 23 and ends on the evening on May 24. The nationwide lockdown has been extended till the end of the month.

Nawazuddin Siddiqui's brother Ayazuddin said that the actor opted to travel home because of their sister's death some months ago and also because the lockdown has shut down film and television production for now. "Because of coronavirus, there's not much work. So, he thought it's festival time and also our sister died four months ago, so, for that, it was necessary for him to come home. He thought he'll bless his younger brothers as well," he said. Ayazuddin Siddiqui added that the family will not be celebrating Eid this year but it was necessary to have Nawazuddin around: "There's no festival celebration after a death in the family. But his presence was necessary in the house. So, he came home."

Ayazuddin Siddiqui also told PTI that the actor would not meet anyone from outside the family to abide by quarantine and lockdown rules.

Nawazuddin Siddiqui, star of films such as Gangs Of Wasseypur, attended the International Emmy Awards in New York last November. Two shows he stars in were nominated for awards - he walked the red carpet representing Sacred Games, and went on stage as part of the winning team of UK show McMafia, which won the Best Drama Series Award.

On the work front, Nawazuddin Siddiqui was last seen in Motichoor Chaknachoor. His new film Ghoomketu will have a digital release on OTT platform ZEE 5 on May 22.