Nawazuddin Siddiqui On Playing Balasaheb Thackeray: 'It's A Lifetime Experience' 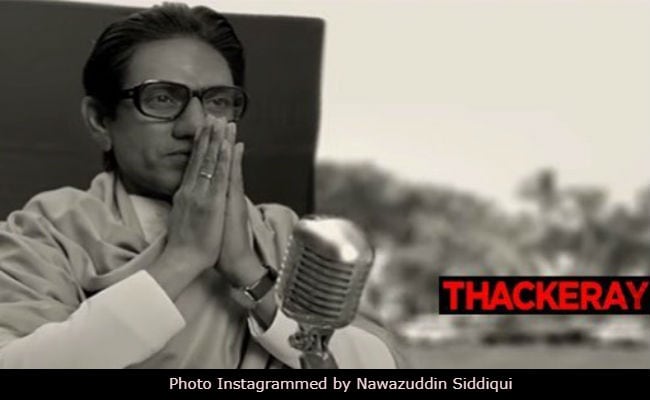 Nawazuddin Siddiqui in the poster of Thackeray (Courtesy XYZ)

New Delhi: Nawazuddin Siddiqui, who will play the role of late Shiv Sena supremo Bal Thackeray in the upcoming biopic titled Thackeray, said that doing the film was a "lifetime experience," news agency IANS reported. "Balasaheb Thackeray was a transparent personality who empowered the common man and it is a lifetime experience essaying him," Nawazuddin told IANS. In the pictures shared so far, Nawazuddin bears an uncanny resemblance with Bal Thackeray. The teaser was released some months ago by Amitabh Bachchan. Of playing Bal Thackeray on screen, Nawazuddin had earlier written on Instagram: "It's an honour and pride to portray the real king of the country on screen."

It's an honour and pride to portray the Real King of the Country on Screen. Here comes the Poster of "Thackeray" Hearty Thanx to Shri Uddhav Thackeray Ji, Shri Sanjay Raut ji , Shri Amitabh Bachchan Sir and Abhijit Panse

Here's another poster of Thackeray, shared by Nawazuddin Siddiqui:

In an earlier statement to PTI, Nawazuddin had said: "One of the important aspects of Balasaheb's character was the ease and the speed of his public speeches. It is important for me to get this ease and speed." The actor learnt Marathi to ace his role in the film.

Of casting Nawazuddin as Bal Thackeray, politician Sanjay Raut, who is also producing the film, said: "I knew Nawaz bhai was the right one. And the moment I set my eyes on him when he walked into our meeting room, he was locked in my head." Thackeray is expected to release next year. Meanwhile, Nawazuddin Siddiqui made his first ever appearance at the Cannes Film Festival this year for his film Manto, directed by Nandita Das. Manto was screened in Cannes. Nawazuddin played writer Saadat Hasan Manto in the film.
Comments
nawazuddin siddiquiBal Thackeray biopic