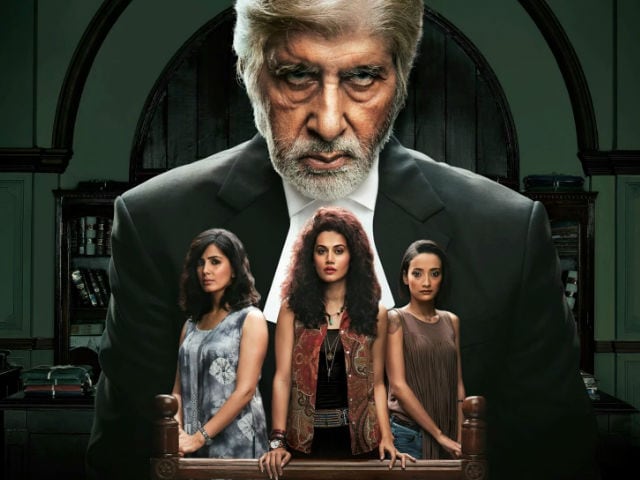 New Delhi: Amitabh Bachchan's courtroom drama film Pink won the National Award for the Best Film On A Social Issue on Friday, and the actor said that it is the "most deserving recognition." The 64th National Fil Awards were announced by jury chairperson Priyadarshan in New Delhi. Amitabh Bachchan, who won Best Actor National Award for Piku last year, wrote on Twitter: "A most deserving recognition for the entire team of PINK .. in particular Tony, Shoojit and Ronnie .. may you ever prosper! (sic)." The film was directed by Aniruddha Roy Chowdhury and produced by Shoojit Sircar.

T 2487 - A most deserving recognition for the entire team of PINK .. in particular Tony, Shoojit and Ronnie .. may you ever prosper ! pic.twitter.com/PuZfNsCTPo

Shoojit Sircar also hailed the jury's decision and said in a statement: "I would like to humbly thank my entire team for this huge honour. Pink would not have been possible without Mr Amitabh Bachchan and his support and I would like to also thank my friend and Producer Ronnie Lahiri, Director Aniruddha, my writer Ritesh Shah, my lovely cast and crew for coming together with me. I would also like to thank the National Award jury for bestowing one of the most respectable laurels on us, and I feel more responsible now to persevere ahead with the film and its cause. I will not celebrate this Award in the usual manner but will dedicate to taking Pink to larger audiences."

Thank u to one and all for all the love,good wishes,appreciation and respect shown to #PINK from the day it released. PINK is ETERNAL pic.twitter.com/YO8sJzjN75

Promoted
Listen to the latest songs, only on JioSaavn.com
In Pink, Amitabh Bachchan featured as advocate Deepak, who comes out of retirement to fight a case for Minal (Taapsee Pannu) who has been incorrectly accused of attempt to murder. Minal says she was in face sexually assaulted by Rajveer (Angad Bedi) who has falsely accused Minal to steer the case in his favour.

To "Golden Couple" Rajkummar Rao And Patralekhaa, With Love From Friend Farah Khan